Gov. Jay Inslee wants to change the cancer risk rate used to set state water quality standards from one in one million to one in 100,000. That is unacceptable to the treaty Indian tribes in western Washington. We refuse to accept this tenfold increase in the risk of getting cancer from known cancer-causing toxins, and you should, too.

The cancer risk rate, along with the fish consumption rate, are key factors in determining how clean our waters must be to protect our health. The more fish we eat, the cleaner the waters must be.

Water quality standards are supposed to protect those who need protection the most: children, women of childbearing age, Indians, Asian and Pacific Islanders, sport fishermen, and anyone else who eats local fish and shellfish. When the most vulnerable among us is protected, so is everyone else.

Under his plan, Inslee would correctly increase the fish consumption rate from a ridiculously low 6.5 grams per day (about one bite) to 175 grams per day, the same protective rate as Oregon’s. But he would effectively cancel out that improvement by decreasing our protection under the cancer risk rate.

The plan also calls for revising standards for 167 chemicals that the Clean Water Act requires states to monitor in our lakes, rivers and marine waters. But standards for 58 of those – including cancer-causing chemicals like dioxins and PCBs – will stay the same.

At its core, Inslee’s plan does more to preserve the status quo than result in any real improvement to our water quality standards. It is a political solution to a human health issue. The concept of a larger toxics reduction program to tackle pollutants at the source is a good one, but it is not an acceptable substitute for strong water quality rules. We should have both.

We know that Inslee and previous governors have struggled with updating the state’s water quality rules for decades because of complaints by industry that new water quality rules could increase their cost of doing business. But an economy built on pollution cannot be sustained.

Fortunately, at the request of the tribes, the U.S. Environmental Protection Agency has said it will step in to develop new standards this year if the state is unable.

This promise by EPA Administrator Gina McCarthy and Regional Administrator McLerran demonstrates true leadership. They clearly recognize the federal government’s trust responsibility to protect the health and treaty rights of the tribes, which also benefits everyone else who lives here.

We appreciate EPA’s willingness to protect the integrity of our state’s environment and water-based resources that are central to human health and treaty rights. We hope the state will step up before EPA has to step in to make sure our water quality standards protect all of us.

Being Frank: Wisdom, Foresight, Courage And The Three “G’s” 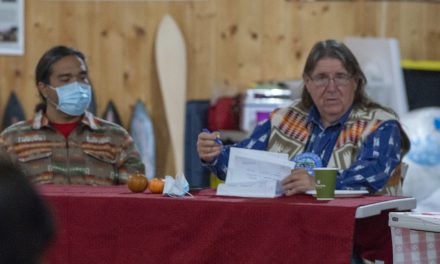 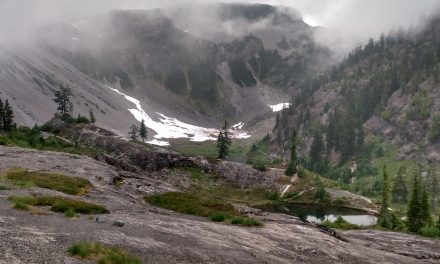 Being Frank: To Save The Salmon, We Have to Slow Climate Change