Despite spotty soft shell crab conditions early in the season, coastal tribal crab fishermen are cautiously optimistic after landing 1.7 million pounds of crab prior to the Dec. 2 storm.

The Dungeness crab fishery is one of the economic pillars for coastal tribal fishermen as well as one of the most dangerous.

Most of the money is made in November and December when weather conditions can be the worst.

A good year means that fishermen can buy new gear or get better boats to improve their efforts the following season.

The state commercial crab season nets an average of 9.5 million pounds, with highs of more than 25 million in the 2004-2005 season.

While Quileute and Quinault tribal fishermen had record landings in 2005 at 1.4 million and 2.7 million pounds respectively, it was still a small percentage of the overall harvest. 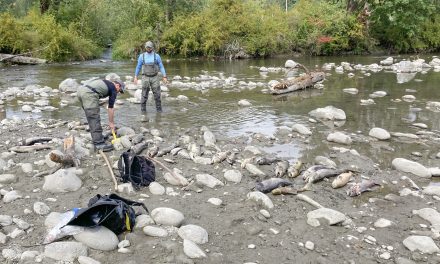