SEQUIM (07/13/01) – The future of nearly a half million young chinook salmon will be tracked because of work now being conducted at the Dungeness Hatchery by the Jamestown S’Klallam Tribe, the Washington Department of Fish and Wildlife and local volunteers. Over 400,000 chinook fingerlings will be fitted with coded wire tags during the next two weeks to track their destiny in ocean and Puget Sound fisheries. Dungeness chinook are one of many Puget Sound chinook stocks now listed as “threatened” under the Endangered Species Act.

“This project gives fisheries managers an opportunity to track the success of our stock restoration and recovery efforts,” said Scott Chitwood, fisheries manager for the Jamestown S’Klallam Tribe. “If we can determine how our efforts help this stock move towards recovery, we can focus on what restoration methods are most effective.”

Coded wire tags are small – one millimeter long – slivers of steel wire marked in code that are inserted into the noses of young salmon or “fingerlings.” Metal detectors specifically made for this purpose can determine what fish have coded wire tags in their noses. Once located, tags are recovered and examined after Dungeness salmon are harvested 2 to 4 years following release in US and Canadian tribal, sport and commercial fisheries. After it is determined where the tags originated, biologists track the migratory path and the contribution of the Dungeness run to fish harvests and to Dungeness River returns. The tagging project is being funded by the Jamestown S’Klallam Tribe using a grant from the Bureau of Indian Affairs for research related to the Pacific Salmon Treaty between the United States and Canada.

Adult Dungeness chinook typically return to their native river as four and five year old fish.  The first coded wire tagged four year olds from the Dungeness program returned to the river last year, said Chitwood. But, fisheries managers feel that this fall will be the first real test of the success of the program when returning chinook will be made up of a mix of four and five year olds.

The tagging project complements the Dungeness chinook captive broodstock program operated by the WDFW; with cooperation from the Jamestown S’Klallam Tribe and local groups.  State hatchery and tribal staff, and volunteers removed a portion of the precious wild chinook eggs from their nests in the river, raised them in captivity for four or more years until they were adults, spawned them and released the offspring of these “captive brood” back into the river.

“River channel constrictions, eroding stream flows and spawning gravel movement have seriously impacted chinook nests in the Dungeness River,” said Chitwood.  “Using the broodstock program, we help this population breed successfully, hopefully putting them back on the road to recovery.” Habitat projects in the past decade have helped restore part of the Dungeness River that have been damaged over the past 150 years by urban growth, diking, upland development, gravel mining, and other activities. It is hoped that returns from the chinook broodstock program will come back to spawn in the upper portions of the river where habitat is more hospitable.

“The joint broodstock project and the tagging project are good examples how cooperative management is working to sustain this resource for harvest,” said Chitwood. “We need to do as much as we can to protect and enhance this last viable run of salmon on the Dungeness River.” 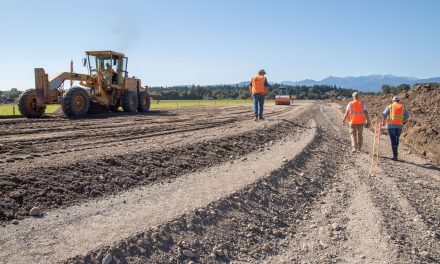