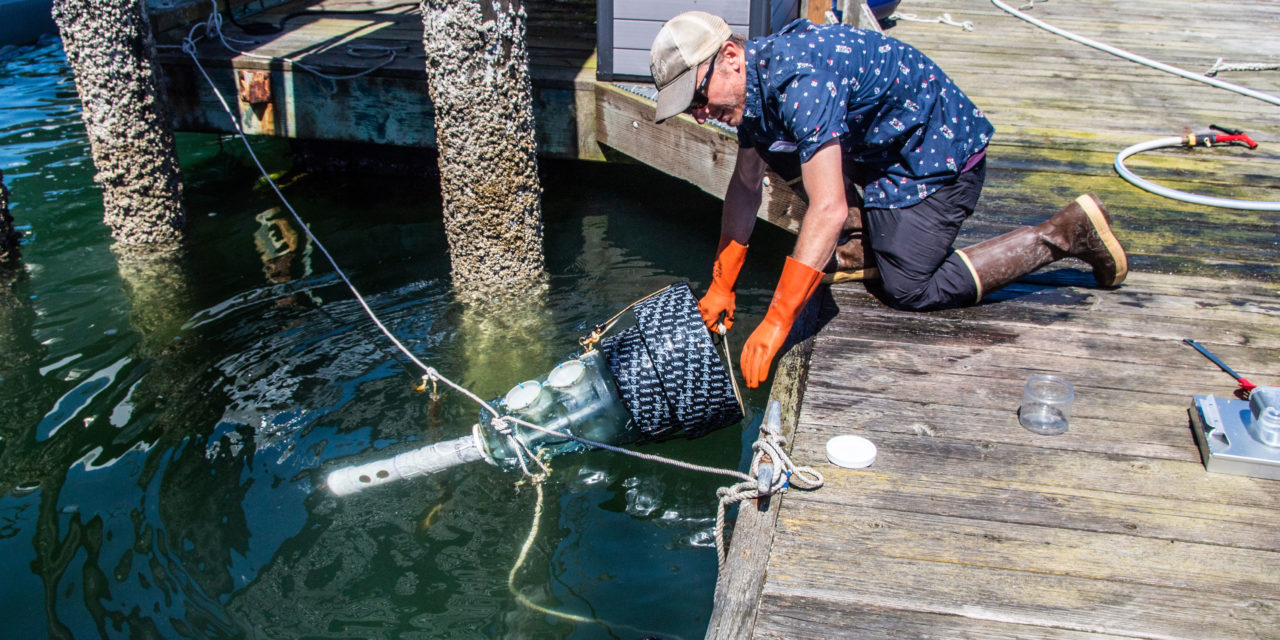 Northwest treaty tribes and other members of the Pacific Northwest Crab Research Group (PCRG) have been learning more than expected about Dungeness crab larvae migration patterns over the past few years.

The overall goal of the work is to better predict adult crab populations by determining the relationship between larval crab abundance and adult crab harvest four years later.

While scientists believe that goal could take at least 10 years, PCRG members are learning when and where crab larvae are present across the inland waters of Washington and British Columbia. Using light traps, scientists have found a larger abundance of larvae in traps in North Sound and Strait of Juan de Fuca, while just a few crab show up in the South Sound and southern Hood Canal traps.

In addition to counting crab larvae, also called megalopae, scientists hope to determine whether populations are specific to certain sub-basins of Puget Sound, such as South Sound and Hood Canal.

“We’re seeing different-sized megalopae throughout the region – sometimes really big ones early in the summer, and much smaller ones later in the summer,” said Emily Buckner, PCRG program coordinator. “That makes us wonder if they’re coming from different places and are experiencing different kinds of conditions that are influencing their size.”

The traps are made from 5-gallon water jugs with lights inside that attract the tiny crab. More than a dozen traps are actively fishing off docks throughout Washington’s coastal waters, Puget Sound, the Strait of Juan de Fuca and the Strait of Georgia. The traps are checked every other day to better understand when and where crab larvae show up.

Water temperature recorders were added this year to collect more data on the water conditions the young crab are exposed to, Buckner said.

Data gaps about Dungeness crab in Puget Sound, and in the Pacific Northwest as a whole, led to the formation of the PCRG back in 2018. The group is composed of representatives from state and federal governments, academia, nonprofits and industry, plus 18 treaty tribes. The goal of the group is to promote the sustainability of Dungeness crab populations and build a stock assessment of the species by first understanding the early life stages. Tribes currently participating in the larval crab work are Jamestown S’Klallam, Port Gamble S’Klallam, Nisqually, Quileute, Skokomish, Suquamish and Swinomish.

“Dungeness crab are a really, really important resource in the region and yet they are quite understudied,” Buckner said. “What’s cool to see is this expansion of interest with all these partners getting involved, and this recognition that all these data gaps exist and how important it is for us to start filling those.”

There also are ecological and oceanographic questions that can only be answered by monitoring for a long period of time, she said.

“The overall goal is to gather data on crab larvae behavior and abundance and share that information with fishery managers to help inform their decision-making regarding crab populations,’’ Buckner said. “Going forward, as we figure out the patterns of these larvae, we might not need as many traps in the water and may be able to be more strategic about which sites keep collecting the data. Right now, we’re just working with anyone who will let us put a trap off their dock.”

Jamestown S’Klallam Tribe environmental scientist Neil Harrington returns a light trap for crab larvae back to the water in Sequim Bay. The trap is checked at least every other day. Photo: Tiffany Royal 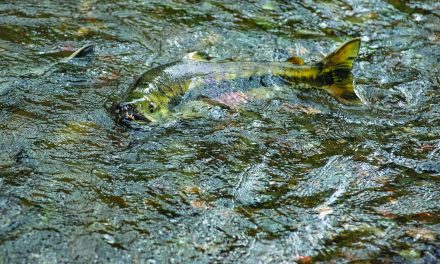