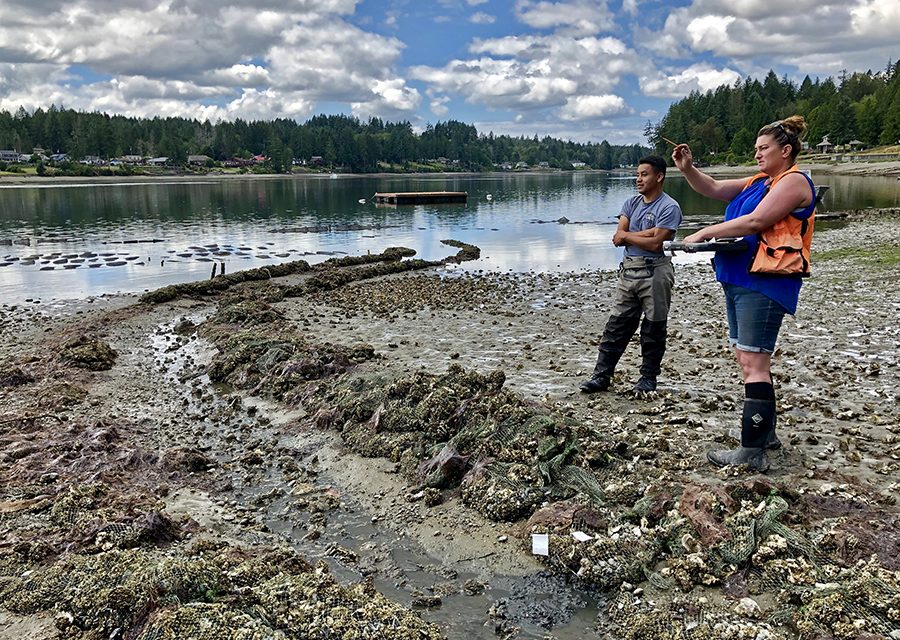 “The funny thing is, I went into biology because I wanted to work with animals, not people,” Brown said, chuckling. On a sunny summer morning, Brown is laying out a survey grid for her crew while chatting with a commercial shellfish grower about when might be a better time to survey a neighboring beach where he is growing oysters.

“Oysters are on top of the clam bed and until their oysters are harvested or moved, we don’t want to be stomping all over his product to do our survey,” Brown said. “We’ll come back a little later in the season for that beach.”

The Squaxin Island Tribe has relied on shellfish culturally and economically for millennia. Shellfish are featured in tribal celebrations and stories, and used for subsistence and ceremonies. The tribe also runs the flourishing Salish Seafoods business serving customers locally and around the world.

For private landowners, the tribe is required to give 30 days notice to survey a beach to assess the shellfish population. Most of the time however, the tribe sends out notices several months in advance to allow extra time to work individually with landowners and schedule specific days and times. The tribe then notifies the landowner of the outcome of the assessment, if a survey was performed. Next, the tribe schedules a time to harvest its 50 percent, and again notifies the landowner via certified mail and publication in addition to any other form of requested notice, such as email or text.

The tribe will also, if the owner desires, harvest the owner’s half and split the profits. While the tribe is allowed to access private tidelands every three years, it is common for several years to pass before they return to survey again. In some places where populations appear depressed, despite conducting a survey, the tribe opts not to exercise its treaty right on those tidelands to aid in natural recovery and as a conservative measure to ensure sustainability of future shellfish populations.

On tidelands where shellfish are being grown commercially, the tribe agrees to a share of the resource based on what was there before the beds were cultivated by the owner and maintain a harvest agreement.

“We are all working together for the same thing,” said Andy Whitener, Squaxin Island Natural Resources Director. “We want healthy, harvestable and sustainable shellfish forever. It benefits everyone and is critical to our way of life.” 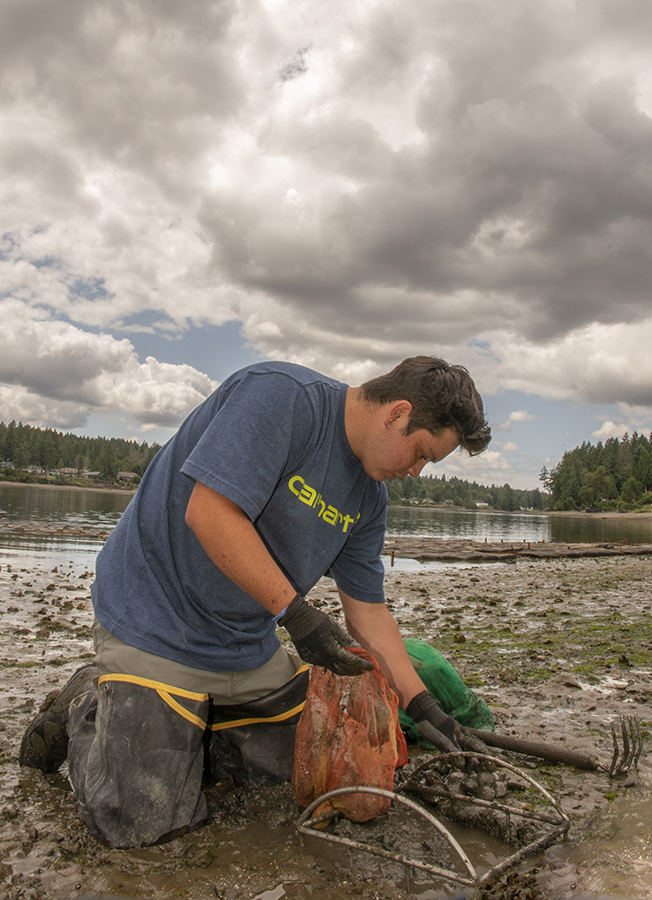 Donovan Henry, Squaxin Island tribal member, collects one of the sample plots as part of a survey of a beach near Church Point.

How politics is impacting the fish consumption rate debate 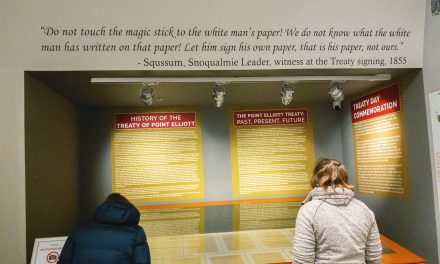