For more than 38 years, Quinault Indian Nation fisheries crews have counted Queets River coho in several life stages of life to assist the management of commercial and recreational fisheries on the Washington coast and beyond.

Quinault’s smolt trapping and tagging program provides the only long-term continuous data set for coho freshwater production and marine survival on the north coast of Washington. The data also is critical to planning fisheries through the Pacific Salmon Treaty (PST) between the U.S. and Canada. Funding for the program comes from the PST.

The goal each year is to capture, tag, clip and release 35,000 coho smolts from the Queets River basin, including the Clearwater River. Smolt traps also recapture fish downstream to shed light on survival rates and how smolts stay upstream before beginning the journey to the ocean. “We don’t always get the 35,000 because excessive storms mean we have to pull traps until flow waters come down, or the opposite problem can happen with not enough water,” said Catrina Bean, Quinault fisheries biologist. “But we also exceed that number many times. Again, it just depends on the weather.” 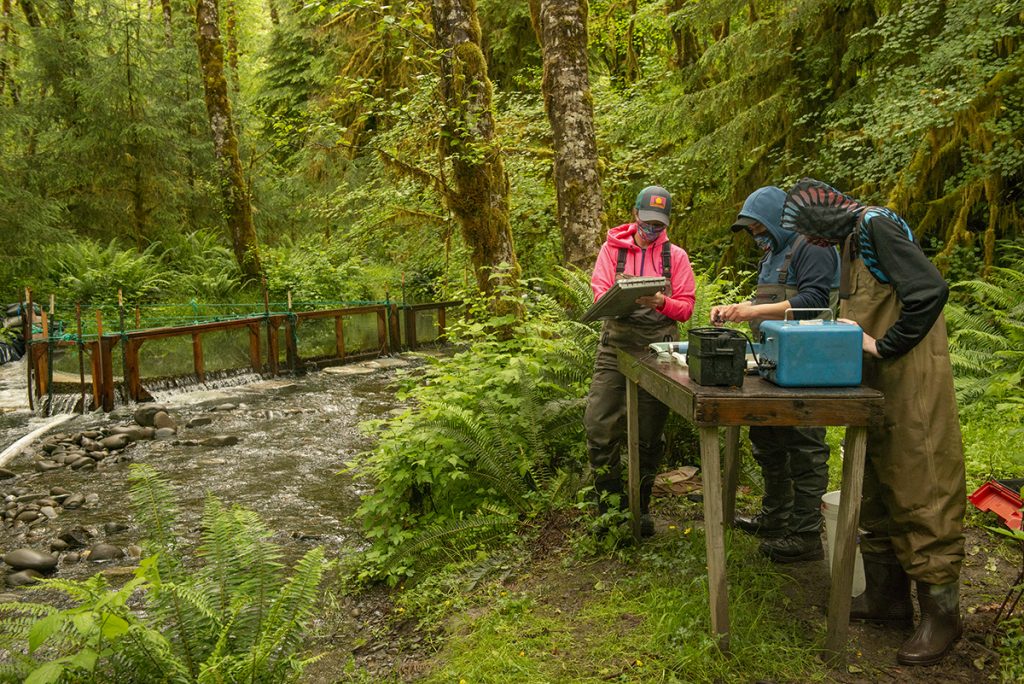 The traps usually are installed in early March with trapping continuing until the end of June. A crew also recaptures a percentage of smolts with a seine near the mouth of the Queets and Clearwater rivers. The data helps estimate the number of juvenile coho out-migrating emigrating to the ocean each spring and, along with adult coho abundance data, enables managers to estimate marine survival.

In addition, smolt estimates also are used to forecast ocean abundance each year for planning ocean and terminal (in-river) fisheries in the U.S. and Canada. Despite reduced fishing and studies showing that harvest does not inhibit the stock, coho have not exceeded the minimum return goal for 27 years of the data set.