Decades after dam removal, a record run of salmon 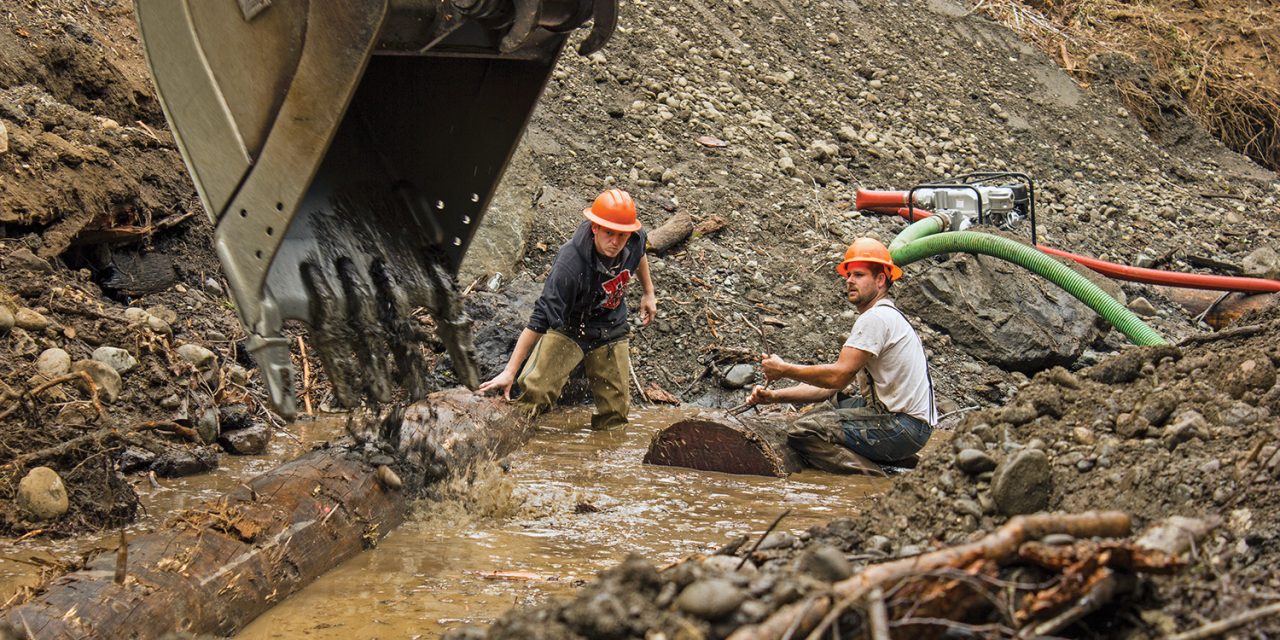 More than 140,000 juvenile coho salmon departed the Goldsborough Creek watershed this year, an exciting milestone after the Squaxin Island Tribe and partners teamed up more than 20 years ago to remove a fish-blocking dam.

It’s a new record, and more evidence the tribe’s determined efforts—including not just the dam removal but subsequent and still-ongoing habitat restoration—have been a boon.

“It’s a trend we’ve been seeing for the last 20 years,” said Daniel Kuntz, a biologist with the tribe, noting the run included 6,000 salmon the year after the dam was removed and has trended upward since then, hitting 140,496 this year. “This is a testament that if you invest in the ecosystem, the fish can return.”

The Goldsborough Dam, which was in place for more than 70 years, was removed in 2001 thanks to a cooperative effort between the tribe, dam owner Simpson Timber Co. and local, state and federal agencies. It opened up 25 miles of potential salmon habitat.

“We are excited to keep seeing these runs increasing. This is a barrier removal that had an immediate response,” Squaxin Island environmental program manager Scott Steltzner said.

The removal was a milestone, but far from the end of work that needed to be done. In the years since, the tribe—often working with businesses, nonprofits and government agencies—took on several efforts to further restore habitat.

Those efforts included the addition of wood structures to the stream to give salmon places to feed and find refuge, and the replacement of fish-blocking culverts upstream of the old dam site—work that opened 2 miles of spawning and rearing habitat that hadn’t seen salmon in 114 years. Another partner, the Capitol Land Trust, took steps to preserve 320 acres of streamside habitat that would have been developed otherwise.

“I think there’s a lot of gloom and doom out there, but there are good examples of where our work is paying off,” Kuntz said.