My Nobel Peace Prize candidate after tomorrow is also a Northwesterner: Billy Frank Jr. Frank was one of the seminal figures during the Indian fish-ins of the 1960s and 70s, a campaign that culminated in the 1974 Boldt decision. Frank is noteworthy because he made the jump from activist of the MLK non-violent civil disobedience school to the administrative, political maw of natural resources management (for 30 years he’s been chair of the Northwest Indian Fisheries Commission).

Frank sews together indigenous rights, environmental sustainability and, yes, peacemaking of the methodical, mind-numbing sort (incremental steps and thousands and thousands of meetings).

Too far afield or random? Not necessarily. Who understands the intense politics of fishing and fisheries conservation better than the Norwegians? When the committee musters all the facts about Billy Frank, Jr.’s life and leadership, chances are they’ll preface their 2011 Nobel announcement with, “Sorry this took so damn long.”

How the Squaxin Island Tribe is boosting shellfish populations 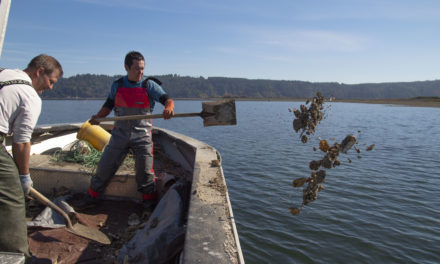 How politics is impacting the fish consumption rate debate