In response to yet another suit from an animal rights group, a three-judge panel from the 9th Circuit Court of Appeals has ruled that requirements of the federal Marine Mammal Protection Act take precedence over the tribe’s treaty-reserved right to hunt whales. “We conclude that the MMPA must apply to the Tribe, just as it would apply to any other person,” the judges wrote.

The U.S. Constitution clearly states that treaties are “the supreme law of the land.” Even the Marine Mammal Protection Act itself addresses the question of tribal treaty rights: “nothing in this act…alters or is intended to alter any treaty between the U.S. and one or more Indian tribes.”

A fundamental principle of the Boldt Decision, which upheld the tribe’s treaty-reserved fishing right, is that the exercise of that right can only be regulated by the federal government if an actual threat is posed to the conservation of natural resources. Also, any conservation burden must be equitably borne.

Two environmental assessments of the tribe’s hunting practices, conducted by the National Marine Fisheries Service, found they posed no harm to gray whale populations in the region.
The court, however, is requiring the federal government to conduct a full Environmental Impact Statement on the tribe’s whaling practices. Such an assessment could take years to complete. In the meantime, the tribe is denied its treaty right.

It’s hard to understand the ruling when you look at some of the facts:

Despite the fact that the Makah Tribe had nothing to do with the initial decline of whale populations – non-Indian commercial whalers decimated the populations in the early part of the 20th century – the tribe voluntarily chose to halt this ancient and sacred cultural tradition in the interests of preserving the resource.

The gray whale was removed from the federal Endangered Species Act in 1994.

There are more than 17,000 gray whales swimming off the West Coast.

The Makah Tribe, with the support of the United States government, received from the International Whaling Commission quotas in 1997 and 2002 allowing the harvest of up to five gray whales per year.

The Makah Tribe has harvested only one whale in the past five years.

The court’s ruling completely ignores three decades of judicial decisions interpreting the treaties signed by tribes in exchange for nearly all of the land that is now western Washington. Moreover, it ignores the principles of the treaties themselves, and threatens the treaty rights of all tribes.

The Makah intend to seek a review of the panel’s ruling before the full 9th Circuit Court of Appeals, and if necessary, the United States Supreme Court.

They should. The three-judge panel’s ruling is just plain wrong.

Billy Frank Jr. is the chairman of the Northwest Indian Fisheries Commission 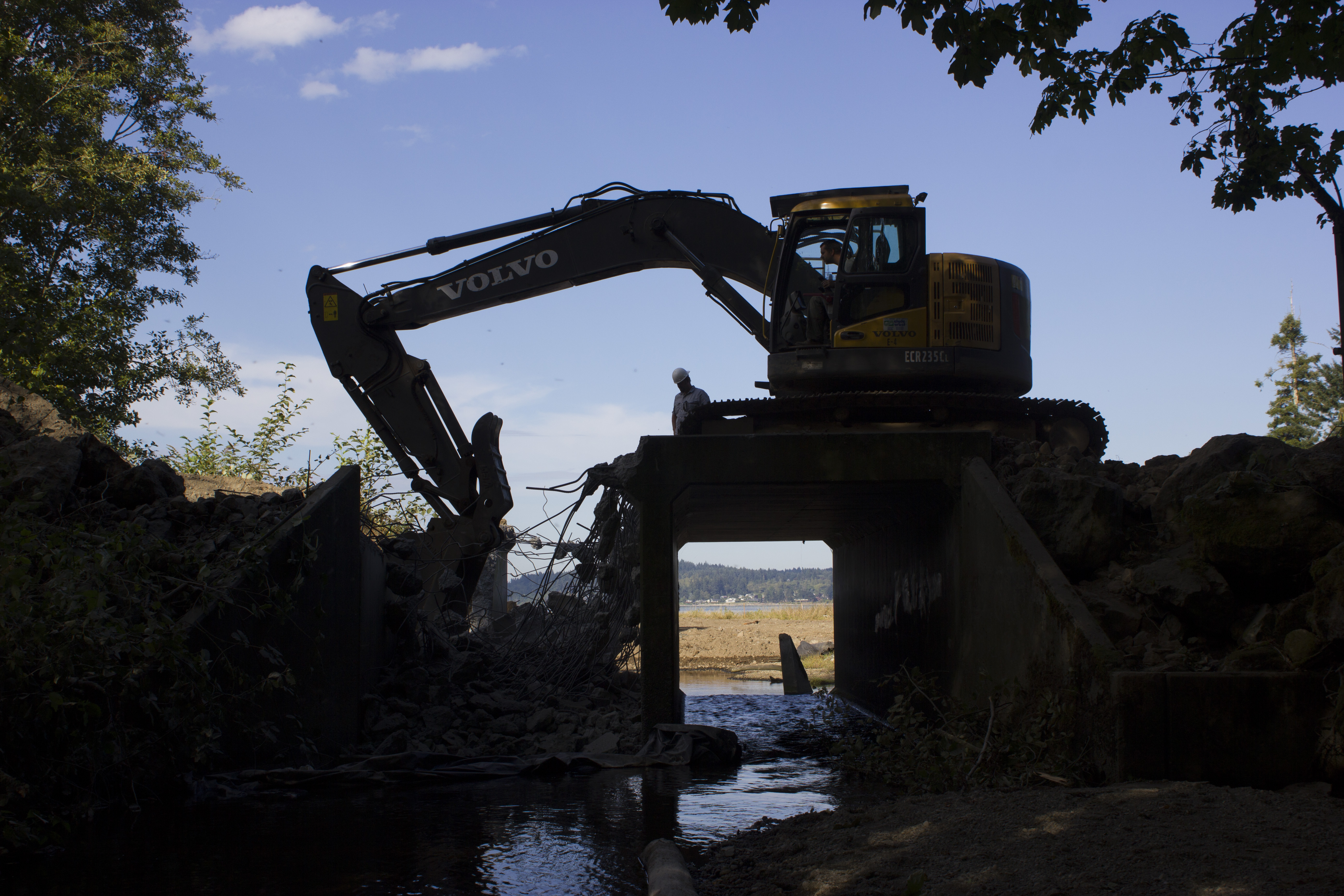 Salmon are for everyone