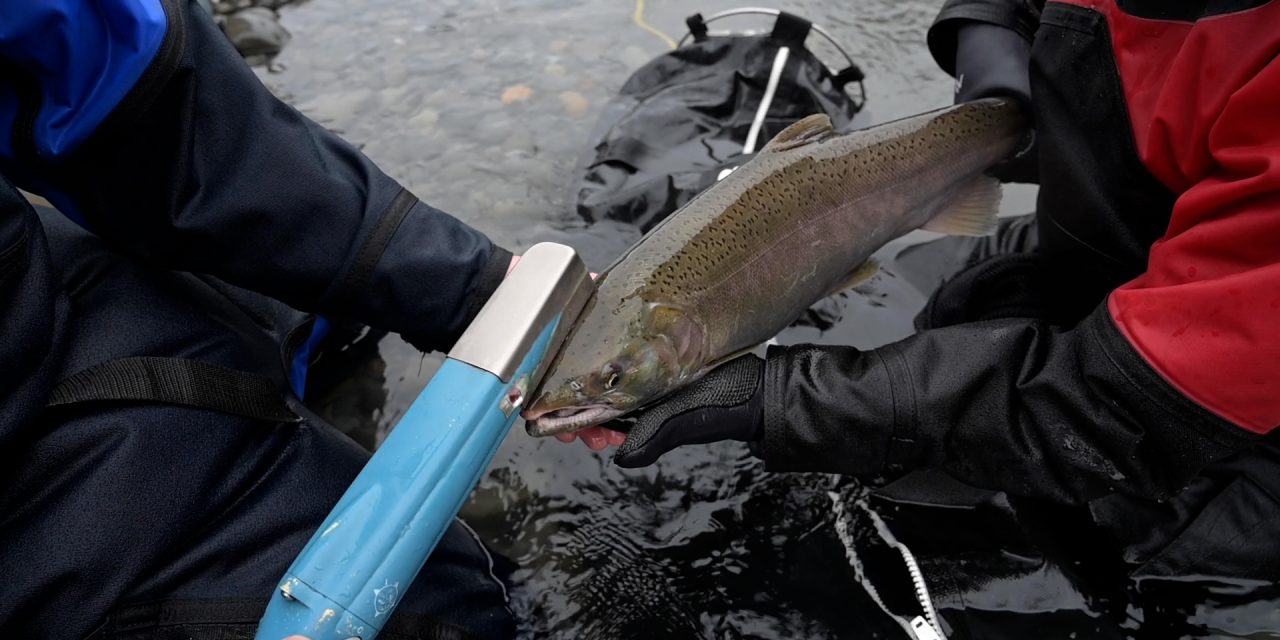 The Lower Elwha Klallam Tribe has determined the most accurate method of counting coho salmon that return to the Elwha River during the intense rainy season.

Coho come back when the river runs high and turbid, making it difficult to count salmon egg nests by walking along the river or snorkeling.

In 2019, the tribe added coho to its chinook and steelhead monitoring program that uses a sonar camera and species composition (capturing and releasing fish from the river to sample) from January through September.

The tribe extended the monitoring period through early December to generate estimates of the number of returning adult coho.

“This is a huge breakthrough, as other methods to generate adult coho salmon numbers have been problematic,” said Mike McHenry, the tribe’s habitat program manager. “We can do surveys in the tributaries, but not in the mainstem because of visibility, so the sonar and species composition tools help.”

Between August and December 2019, the tribe used the sonar and species composition program to estimate that 3,140 coho salmon returned to the Elwha River to spawn, a mix of both hatchery fish and natural origin fish.

Both tools give the tribe a good idea of when the runs start, peak and end each season, as well as how many fish are returning to the Elwha, especially since the river has been undergoing restoration following the 2011 and 2014 removal of two fish-blocking dams.

“Before dam removal, coho returns were 90-95 percent hatchery returns, so we were able to meet egg take and hold a fishery,” McHenry said. “Now as we try and build natural populations of fish, being able to measure how they perform becomes really important.”

Monitoring the run also allows the tribe to determine where the fish are going and how far up the watershed they get. The fish aren’t going past Grand Canyon right now and the tribe is trying to figure out why, McHenry said.

“We’re starting to put the pieces together of a long-term monitoring program with sonar, species composition, smolt trapping and spawning ground surveys, and the potential for the Elwha to produce a lot of coho is there,” he said. “In fact, we are already seeing huge production occurring from Indian Creek which has amazing habitat potential.”

A coho salmon sampled during species composition monitoring by the Lower Elwha Klallam Tribe is checked for a coded-wire tag before being released into the Elwha River. Photo: Tiffany Royal

NWIFC Magazine: Coastal Tribes Meet in D.C. on Climate Change (and other stories) 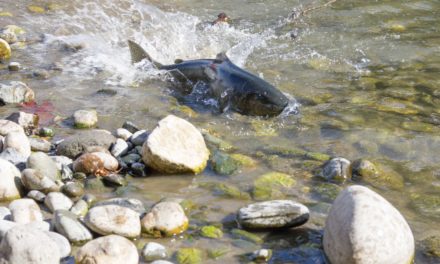