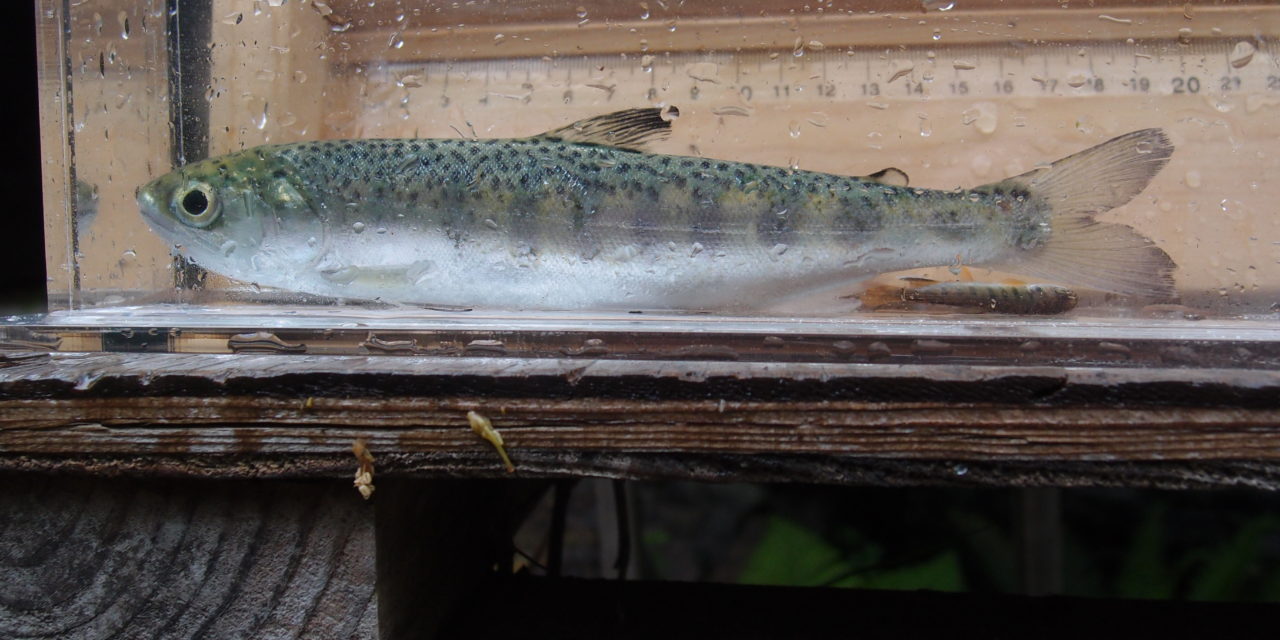 During the tribe’s annual monitoring of Indian Creek, which connects Lake Sutherland to the Elwha River, the tribe found smolts up to 10 inches long in the tribe’s fyke net. Coho smolts are typically half that size.

“Coho do well in low energy environments such as lakes, with lots of food such as zooplankton and other fish, so they’re going to get big,” said Mike McHenry, the tribe’s habitat program manager. “I suspect that’s what’s happening – their diet starts with zooplankton and insects, but as they grow, they will switch to eating fish, which Lake Sutherland is filled with, such as red-side shiner and kokanee. And this is good because the bigger the fish, the higher survival rate.”

In 2017, a lakefront property owner filmed six coho spawning in Falls Creek, a small creek that feeds into the lake, said Rebecca Paradis, a project biologist for the tribe.

“Three of them had Floy tags, indicating they were surplus adult coho relocated from the tribe’s hatchery, and three of them didn’t have tags,” she said. “That tells us these coho found each other in Indian Creek, swam to the lake and then up Falls Creek. Now, two years later, we’re seeing these huge smolts.”

Even though coho salmon typically are river spawners, they will use lakes if available, Paradis said. Other systems in Washington where coho have access to lakes via creeks, such as Snow Creek in Discovery Bay, have shown to be productive.

Indian Creek is proving to be highly productive, McHenry said. Raw catch data to date at a smolt trap in lower Indian Creek shows 5,500 coho smolts caught between January and May. The trap will continue fishing through August.

The tribe has been monitoring Indian Creek since the 2011 removal of two fish-blocking dams on the Elwha River began. At the same time, the tribe moved surplus adult coho salmon from its hatchery to the creek to kick start coho spawning.

As a result, the majority of the coho returns used to be hatchery fish, but now they are mostly naturally produced, McHenry said.

“We don’t need to push fish in the creek anymore,” he said. “The run has essentially evolved into a natural life history.”