More than 1,500 salmon were seen spawning in Coho Creek on the Tulalip Tribes’ reservation last fall. Pretty good considering 10 years ago, the creek was nothing but a drainage ditch in the Quilceda Creek watershed.

The Tulalips created spawning habitat out of that ditch right next door to the nearby and growing Quil Ceda Village, a business park developed by the tribe.

Like many tribes in western Washington, the Tulalip Tribes have worked hard to create businesses that provide jobs and income for their members and their neighbors. Quil Ceda Village is expanding, but the Tulalips plan to build only on one-third of the undeveloped 1,500 acres there. The rest is going to be preserved or restored as fish and wildlife habitat.

Outside Indian Country, that kind of development can come at a high cost to the environment.

We tribes, on the other hand, make sure to keep things in balance. We have to preserve our natural resources and provide an economic future for our children. When we develop businesses on tribal land, we take salmon into account. We can have both salmon and a healthy economy. It doesn’t have to be a choice between the two.

Our salmon are running out of places to spawn because people are using up all the habitat. Fish need cool, gravelly places to build nests. The Tulalip Tribes saw this need in 2000 after they replaced a fish-blocking culvert and found chum salmon trying – and failing – to spawn in the sandy ditch.

That sandy ditch became Coho Creek after the tribes brought in tons of spawning gravel and created 2,500 feet of stream channel. They removed more fish-blocking culverts, planted native vegetation and last year, more salmon than ever were seen spawning there. They counted more than 50 coho and 1,500 chum.

We know these salmon are spawning successfully too, because last spring, the Tulalips saw several thousand chum fry and coho smolts swimming from Coho Creek out to sea.

In these times of lost and damaged habitat, it is rare to see brand new habitat being created. There’s no question that the need is great. Salmon began making themselves at home in the new habitat of Coho Creek almost as soon as it was created. And there’s room for more.

The tribe isn’t done with Coho Creek yet. Another half-mile of channel is ready for construction, along with the addition of wetlands to help naturally treat water runoff from the business park. Besides salmon, other fish, as well as frogs, birds and other wildlife will benefit from the tribes’ work.

Tulalip is also restoring 360 acres of estuary south of Marysville. It’s one of the largest restoration projects in Puget Sound and the largest so far in the Snohomish River delta. They’ve just gotten the final federal permits and are close to completing the local permits. The project is called the Qwuloolt estuary, named for the tribal word for “large marsh.” Tulalip is leading this effort in cooperation with nine local, state and federal agencies.

We know more and more people are coming into western Washington. Almost a million people are expected in the next 20 years just here in the Puget Sound region. We have to be ready for them. Let’s take a page from the Tulalip Tribes’ playbook and show that we can have both jobs and salmon.

We need to win the battle for salmon recovery 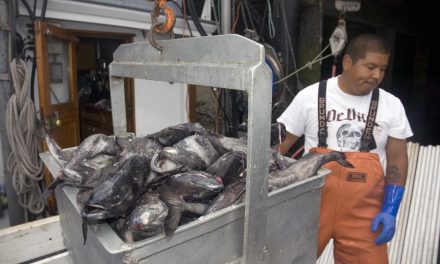 Being Frank: Connecting The Dots