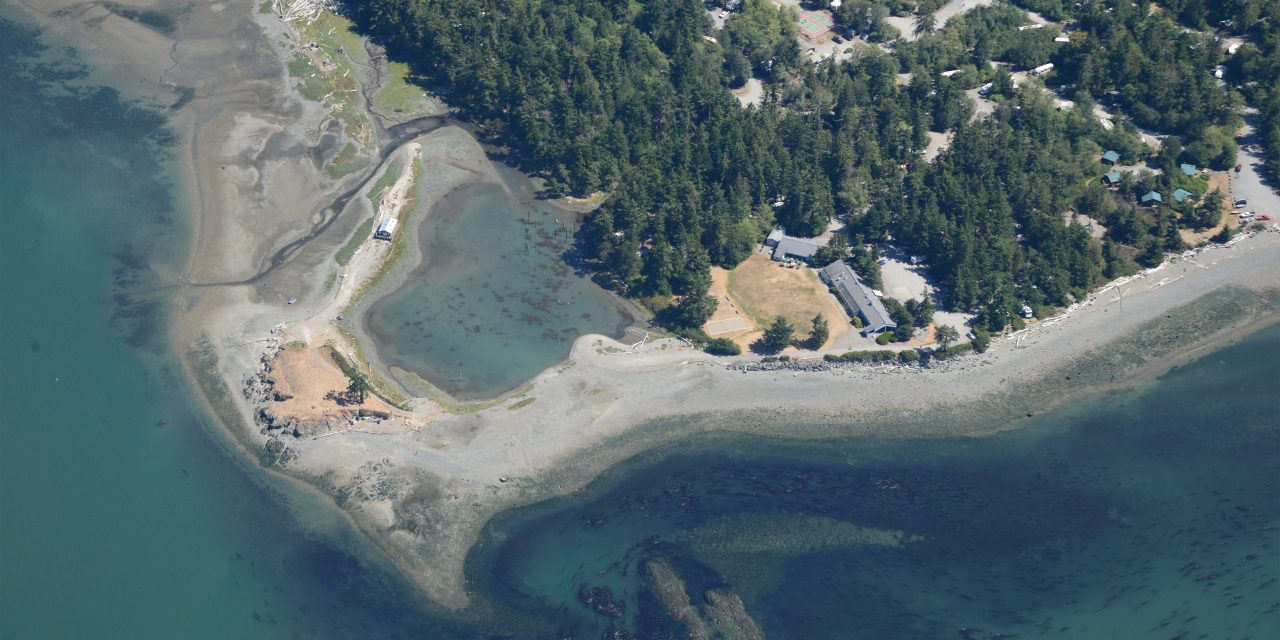 A new model developed by the Skagit River System Cooperative (SRSC) predicts a bleak future for juvenile crab and chinook based on predicted effects of climate change.

SRSC partnered with the Swinomish Tribe’s Fisheries Department to create a Climate Change Vulnerability Model, which makes evidence-based predictions about how shorelines will be altered by increased sea surface temperature, wave energy and sea level rise. Those predictions provide a pathway to see how different species will be affected by these changes.

“In combination with other climate change vulnerability resources, these maps reflect areas to target for protection and restoration efforts,” said Eric Beamer, research director for SRSC, the natural resources extension of the Swinomish and Sauk-Suiattle tribes.

Already, the tool has been used to create species-specific maps for larval and juvenile crab, juvenile chinook salmon and cockle larvae. The cockles were in a slightly less dangerous predicament than the others.

The model also can connect climate change vulnerabilities between species. For example, variability in Dungeness crab larvae survival may also influence the survival of juvenile chinook because research has shown crab larvae are an important prey resource to the juvenile salmon.

“SRSC’s model is important to all tribes addressing vulnerabilities to climate change and illustrates how we can use science to improve adaptation plans to protect important resources,” said Swinomish fisheries manager Lorraine Loomis.

Within the project’s study area of nearshore areas in northern Puget Sound, large river estuaries are shown to be at high risk of erosion from increased wave energy and sea level rise as well as increased water temperature. Juvenile chinook will suffer from these climate change impacts because they rear extensively in estuaries before continuing their migration to sea. The more time they have to grow in the estuary, the higher their survival in marine waters is likely to be.

“Juvenile chinook salmon may be forced to move out of estuaries prematurely to more favorable water temperatures in nearshore habitats at the expense of increased predation risk,” Beamer said.

Already, water temperatures are higher than optimal for juvenile crab survival in most nearshore areas in northern Puget Sound, with few exceptions such as rocky beaches. Under a climate change scenario of a 2.2°C increase in temperature, almost all nearshore habitat types, including rocky beaches, will be sub-optimal.

Of the three species examined by this tool so far, only cockles are expected to continue to have optimal habitat conditions under the predicted climate change scenario, except in some pocket estuaries, although the model does not incorporate other factors like ocean acidification.

Lone Tree Lagoon on Fidalgo Island is an example of estuary habitat at risk from the impacts of climate change. Photo courtesy of Washington State Department of Ecology.

Kids Fly a Kite for Science

Tests show no signs of ISA virus in Washington’s salmon