The Swinomish Indian Tribal Community is bringing back an Indigenous shellfish cultivation method that dates back at least 4,000 years and will bolster food sovereignty efforts.

The tribe is building a 200-foot-long clam garden at the Kukutali Preserve. The garden will be a terraced swath of beach that will form behind a rock berm placed in the intertidal area. It is believed to be the first modern-day clam garden built in the country. 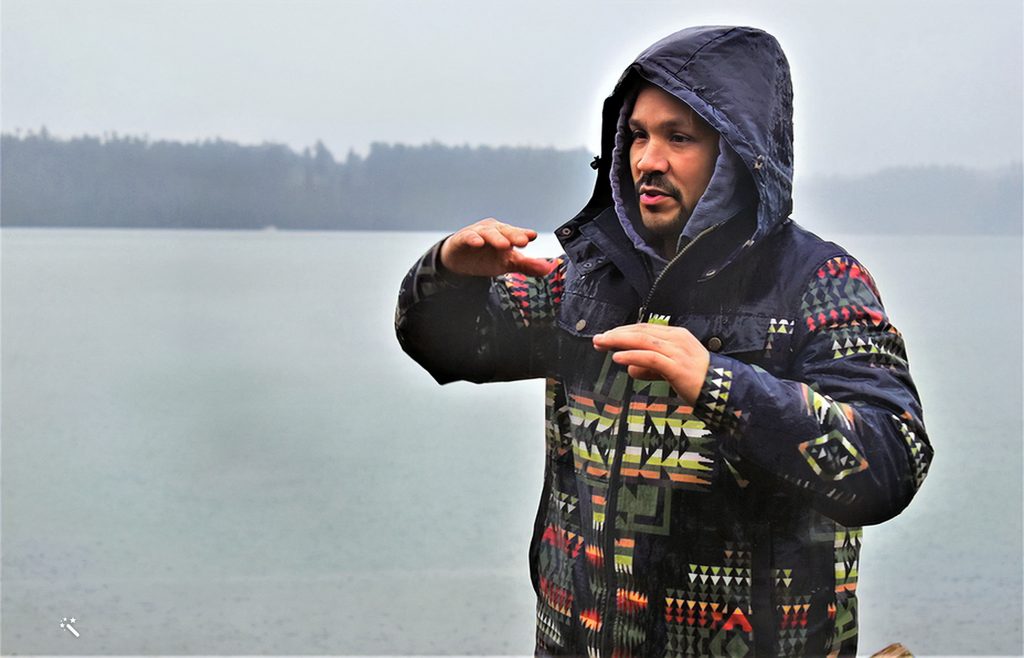 Like other venues where families gather, it will offer a social and multigenerational experience. Families will harvest together here, elders will pass down teachings to young ones, and all hands will work together to tend the site.

Swinomish Sen. Alana Quintasket joined other Swinomish tribal members in 2019 on a visit to a First Nation clam garden on Russell Island in Fulford Sound, B.C., to learn more about clam garden construction and management.

“I can see it being a way that we not only restore our practices and relate to our ancestors and live a way that they did,” she said. “It’s a way of community building and bringing the people together and having a purpose, because when you’re out there working, everybody has a role. Everybody has a responsibility.”

Quintasket joined others in raking the site while tribal member Joe Shaw carried buckets of seaweed to a forested area, depositing it as fertilizer.

Clam gardens grow four times more clams, according to Gulf Islands National Park Reserve. They also support other sea creatures, such as sea cucumbers and octopus and other species that like to live on the rocks. That means more traditional foods for the people. Photo: Swinomish Tribe

Tom Sewid of the Mamalilikulla First Nation, which maintains clam gardens in its territory on the central coast of north Vancouver Island, said tidal action carries sediment away through the rocks while leaving nutrients behind. Shellfish harvesting “fluffs up the beach,” stirring up those nutrients, he said.

“Marine studies show that high concentrations of shell hash can raise pH and aragonite saturation states in the sediment porewater where clams reside, improving conditions for shell development and growth,” she said.

Clam gardens support other sea creatures as well, such as sea cucumbers and octopus and other species that like to live on the rocks. That means more traditional foods for the community.

Swinomish received funding for the clam garden from the National Oceanic and Atmospheric Administration Saltonstall-Kennedy Competitive Grants Program and from the Northwest Climate Adaptation Science Center. “We are thankful to receive this funding that will enable us to continue to work with the land and the water as we restore our ancient practices,” Swinomish Chairman Steve Edwards said.

After a community process, a beach on Kiket Island was selected as the clam garden site – rocks could arrive by barge in February, permits pending.

“We started with a general list of areas on the reservation where a clam garden could be supported, eliminating areas either because of water quality or it was within a culturally sensitive area or the substrate wouldn’t support it,” Greiner said.

From there, Swinomish staff assessed 15 possible locations on the reservation using ecological criteria identified by a technical advisory board composed of Swinomish tribal members, First Nation knowledge holders and clam garden researchers. The top sites were presented to the community and a site on Kiket Island was the final choice.

“We heard a lot of stories about how elders and families would spend days or weeks living on the beach at Kiket Island,” Greiner said. “It was a place where they would gather and tell stories and dig clams and have a meal together. Because of nontribal ownership of the uplands, much of that was prevented over the years, so there is growing excitement about being able to return to the beach.”

The tribe and Washington State Parks and Recreation Commission jointly purchased the upland area of Kiket Island in 2010 and it is now being co-managed as Kukutali Preserve. The tidelands are still owned by the tribe.