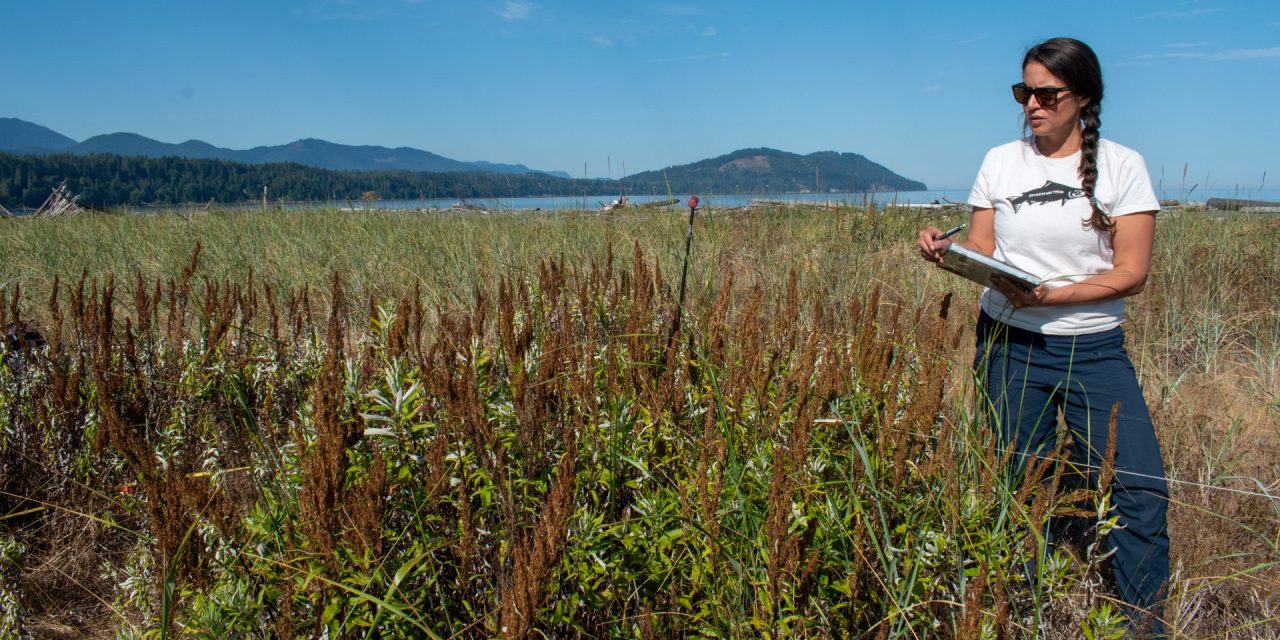 The mouth of the Elwha River does not look the same as it did 15 years ago.

In the mid-2000s, the river’s mouth and adjacent shorelines were full of cobblestones and dunegrass while the estuary was spotted with brackish ponds.

Between 2011-2014, the removal of the river’s two fish-blocking dams released millions of cubic yards of built-up sediment, much of which settled at the mouth of the river, adding nearly 40 acres of new land where vegetation could grow, and completely changing how it looked.

And more change is expected.

The Lower Elwha Klallam Tribe and U.S. Geological Survey (USGS) have been monitoring plant growth and sediment conditions at the river’s estuary before, during and after dam removal to see how the river mouth has been responding to the significant watershed restoration.

Work started in 2007 looking at the pre-removal conditions, followed with surveys in 2014, 2018 and 2022 to see what vegetation has grown post dam removal, and how the estuary structure has changed with the new sediment.

The influx of nearly a century’s worth of sediment in a short period of time isn’t natural, noted Patrick Shafroth, USGS research ecologist emeritus.

“We expected and saw a lot of change and an increase in new land surfaces in the river’s delta and estuary with the arrival of all the sediment,” he said, “But over time, we expect some of that sediment to be washed away by wave action and ocean currents.”

Eventually, the estuary will start to look more natural as regular amounts of sediment from the river upstream interact with downstream flows and settle in the intertidal and marine environments, Shafroth said.

“Those new land surfaces have been supporting young estuary vegetation and have provided protection from wave action for some of the older estuary vegetation that used to be more exposed,” said Laura Perry, a research scientist from Colorado State University who works cooperatively with USGS. “As the estuary continues to move towards some new, dynamic equilibrium and new land surfaces continue to change in size, the overall vegetation structure of the estuary will also continue to change and adjust.”

An example of changing vegetation has been the increased amount of native shrub roses in 2018 and 2022 in plots that were dominated by dunegrass in 2007, Perry said.

These plots are located on what was the beach prior to dam removal and where sediment deposited and created new landforms. The same plots are now farther inland and better-protected from wave action and salt spray, she said. This may have allowed the shrubs to establish where dune vegetation used to thrive, and at the same time, young dune vegetation has established on portions of the new beach and intertidal areas. 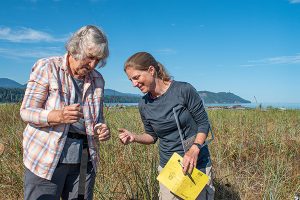 Another benefit of this work has been the tribe’s effort to include citizen scientists, some of whom have extensive botany backgrounds, to help identify plants during the surveys. From the 42 surveyed plots within the estuary, scientists and volunteers are looking at the amount of visible gravel, silt, bedrock and soil, and the estimated vegetation coverage from grasses, wood, mosses, lichen, shrubs, ferns and dead plant material.

“Working with Pat and his crew has given us at Lower Elwha’s natural resources department a great opportunity to partner and learn from his scientific analysis, while giving us a chance to practice our botanical identification skills and keep tabs on what exactly we’re seeing emerge and thrive around the reservation in the ever-changing habitats of the Elwha estuary,” said Allyce Miller, the tribe’s revegetation manager. “There’s always new plants popping up and interesting stories in the ecosystem unfolding out there.”

The tribe and USGS hope to conduct repeat surveys in the future, approximately every four years. In the meantime, work continues to analyze and interpret the data collected in summer 2022.

Above: Lower Elwha Klallam Tribe’s revegetation manager Allyce Miller makes observations of vegetation growth in the estuary at the mouth of the Elwha River. Story and photo: Tiffany Royal 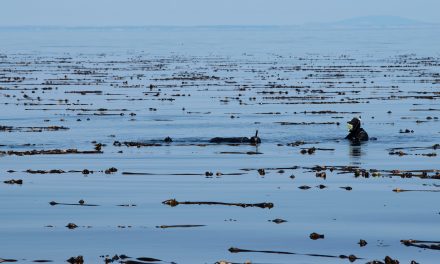 A seaweed seed bank for the future