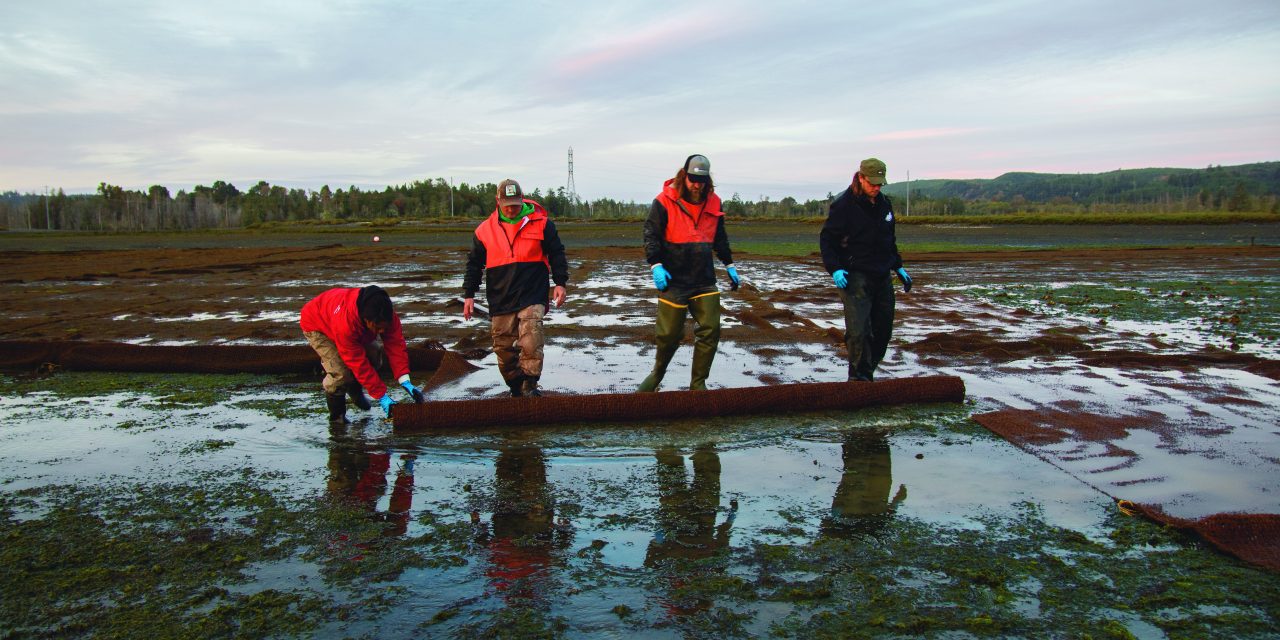 The Skokomish Tribe’s shellfish department is trying to improve beach habitat for clams by eradicating the burrowing ghost shrimp that are turning the Skokomish tidelands into a muddy stew.

“At one time, the beaches were filled with littlenecks and manila clams, per common knowledge and stories from tribal members,” said Blair Paul, the tribe’s lead shellfish biologist. “Now they’re not. The ghost shrimp have been creating a muddy substrate that clams do not like.”

There are two types of burrowing shrimp – mud shrimp and ghost shrimp – that look like tiny lobsters. They burrow in the tidelands an arm’s length deep, and suck in water to feed on small animals and algae.

As a result, the tidelands turn into a mucky, pock-marked mudflat, making poor shellfish habitat. Clams need to settle in a harder substrate such as gravel and sand.

Mud and ghost shrimp are native to the area but have become a nuisance over the past few years, Paul said. Their population has increased in part because of a lack of predators in the area, such as sturgeon and gray whales.

Instead of using pesticides, the tribe covered 2.4 acres of the tidelands with large coconut fiber mats to collapse the shrimp’s burrows. The mats were topped with a layer of gravel to create a natural substrate for shellfish. Another 3 acres were covered with gravel only. The tribe will sample the areas annually to assess the ecological impacts of the mat and gravel method.

“It’s a novel technique for killing the burrowing shrimp, and we’re trying to set an example,” Paul said.

The tribe should see results of its work in about four years, after the tidelands are seeded next spring and the first crops in the matted and graveled areas are ready for harvest in 2023. 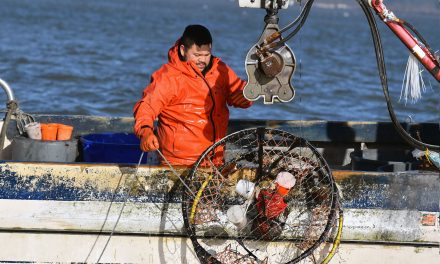