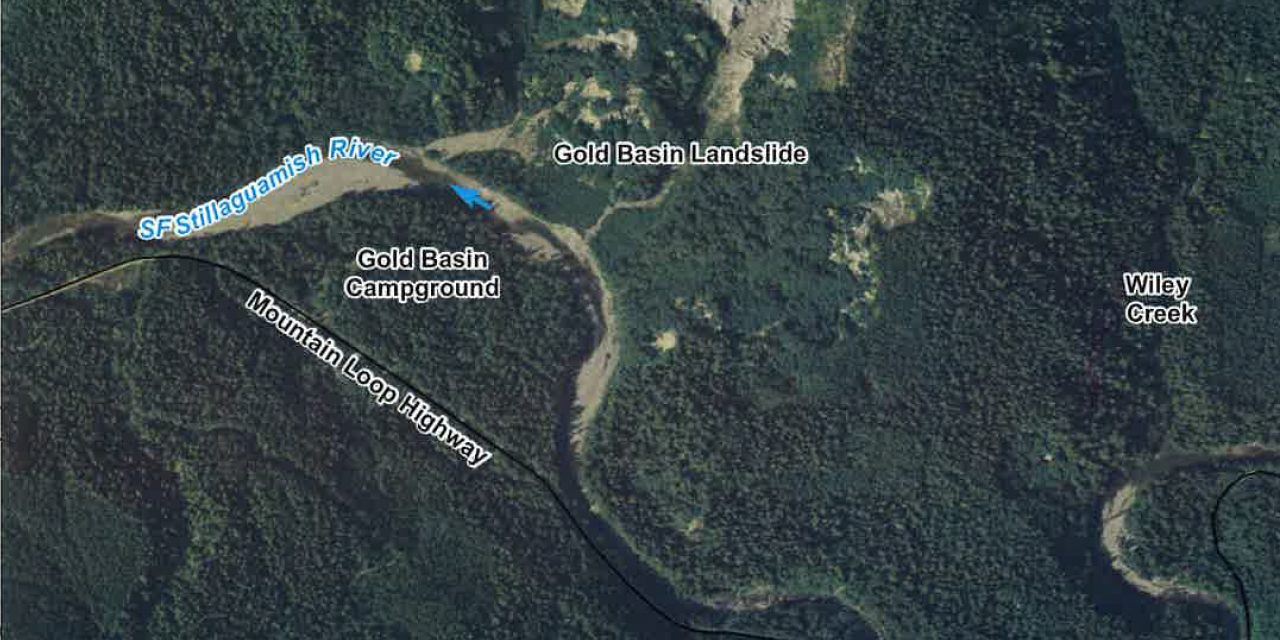 The Stillaguamish Tribe hopes to reduce the amount of sediment flowing into the South Fork Stillaguamish River from the Gold Basin landslide.

The plan is to excavate a new channel to move the river away from the massive alluvial deposit created from the landslide. From then on, all the material coming from the slide will be deposited into the dry former river channel.

The landslide is across the river from the Gold Basin Campground on U.S. Forest Service land, and is believed to be the largest source of fine sediment to Stillaguamish River.

“If we can slow down or prevent most of that sediment from getting in the river it should help the fish survive a little longer and make the habitat a little better,” said Pat Stevenson, environmental manager for the tribe.

The project won’t treat the landslide, which should eventually stabilize itself. A geomorphologist conducted an inventory in the early 2000s that found 1,200 landslides in the North and South forks of the Stillaguamish. Another inventory 10 to 15 years later found between 400 and 500, Stevenson said.

“They do stabilize and fill in,” Stevenson said. “Once it stops, the vegetation starts to grow. After 10 to 15 years, you can’t even tell there was a landslide because it’s all vegetation. The Gold Basin landslide area has three lobes, and two of them have already greened up and are hard to see in aerial photos.”

This makes the Gold Basin slide very different from the deep-seated Oso landslide that took lives and destroyed homes along State Route 530 in 2014.

Work is expected to begin this spring and be completed during the summer.

Fine sediment is a major factor limiting recovery of chinook salmon, which are listed under the Endangered Species Act, in the South Fork Stillaguamish River. Sediment can smother incubating eggs and reduce survival of salmon from eggs to the fry stage.

Reducing the flow of sediment into the river also will improve flood control.

By increasing available rearing and spawning habitat, the Gold Basin project also will benefit coho and pink salmon, steelhead and bull trout as well as numerous other aquatic invertebrates.