“To be on the river was medicine for him”

Representatives from the Medicine Creek Treaty tribes, community members and dignitaries from across the region came together yesterday to officially rename the Nisqually National Wildlife Refuge after Billy Frank Jr.

Willie Frank said it was a fitting honor for his dad, who founded the Northwest Indian Fisheries Commission and served as its chairman for more than 30 years, until his death in 2014.

“This place is very powerful in medicine for all of us as Indian people,” Willie Frank told The Olympian. “You know, for him, he’d come down here and walk along the delta all the time, no matter how he felt. … To be on the river was medicine for him.”

Joel Connelly from the Seattle PI:

An eagle flew over the tent as the renaming ceremony morphed into a telling of Billy Frank stories. “He’s still here, he’s still with us and we will continue to be with him,” said Georgie Kautz, a commissioner with the Northwest Indian Fisheries Commission.

In a tangible way, he is. The renaming legislation created a Medicine Creek Treaty National Memorial, designed to promote education in Washington’s native heritage, the wrongs that were committed and the struggle to right them.

The frustrations of trying to get something done in Washington, D.C., even gave way — for speech-making in a gorgeous spot.

Secretary Jewell, a former CEO at REI, emulated “that Billy bear hug” with just about every tribal elder on hand … putting on a hugging display to rival that of ex-King County Executive Ron Sims. Jewell and other speakers were wrapped in robes as they left the dais. 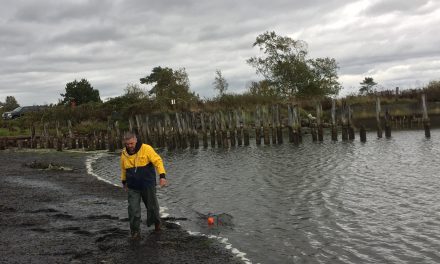 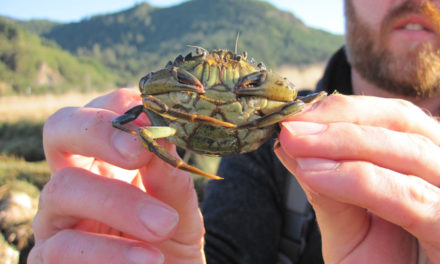