Being Frank: Wisdom, Foresight, Courage And The Three “G’s”

But meeting the water needs of salmon in today’s world is no easy task. It takes wisdom, foresight and courage. It also takes the cooperation and collaboration of the three “G’s” the federal, state and tribal governments. Local governments are also obviously important, as are non-governmental entities, but let’s concentrate on the owners and managers of the water resource rather than those who need state permits to use it.

Recent actions to bring the state’s water quality standards up to par brought all of these assets into play, to the benefit of all. The federal Clean Water Act requires delegated states and tribes to review and update their standards at regular intervals. When Washington State undertook their review a number of years ago, the Department of Ecology set out an ambitious goal of changing the way that standards are applied from a class-based system to a use-based system. The new system is far more practical and centered on actual environmental values. The new use-based system focuses, in large part, on the actual needs of fish for spawning and rearing. That’s a good start. But the State didn’t take the process far enough. It failed to take into account data from the tribal co-managers that showed where the fish are actually living and spawning—the physical areas needing the most protection.

Enter Region 10 of the Environmental Protection Agency, under the direction of L. Michael Bogert. Following a track that has been somewhat unique for most agencies in the current federal administration, Bogert, supported by EPA Water Director Mike Gearheard and other staff, showed genuine concern for the environment. He had his agency reach out to tribes to get the facts about the status of salmon in western Washington. Tribes live on the rivers and do the bulk of the monitoring work needed to get that information.
With the scientific facts in hand, EPA came to an inescapable conclusion. The water quality standards proposed by State of Washington would not adequately protect salmon. EPA ruled that water quality standards in Washington must be raised to meet the requirements of the Clean Water and Endangered Species Acts.
Enter State Ecology Director Jay Manning. As soon as the EPA made its ruling, Manning put his agency on the fast track to revise the 2003 water quality standards, which had been submitted by a previous director. Manning didn’t waste energy defending the state’s inadequate standards or stalling for time. He got to the task of fixing the problem. He said his agency’s upcoming revision will provide more stringent temperature and dissolved oxygen standards. Ecology is now on target to begin a follow-up rule-making process by summer 2008.

As co-managers of the fisheries resource in this state, tribes have always known salmon are the foundation of good health and long-term economic strength. They have also known that, under heavy-duty pressure from various industries, state water quality standards have fallen far short of the mark. Having a regional EPA administrator and a state Ecology director who understand that is a very big deal.

Bogert, appointed to head Region 10 last year, leads EPA’s partnerships with the states of Washington, Oregon, Idaho and Alaska as well as the 271 federally recognized tribes in the region.

Manning is noted for his ability to facilitate win-win agreements and get down the road toward environmental recovery.

When you get to know these two men, you recognize their commitment to the region. The wisdom, foresight and courage they’ve demonstrated in this quest for water quality is long, long overdue.

If there is hope to retain any quality of life in the Northwest, it will take leaders like L. Michael Bogert and Jay Manning, and the three “G’s,” to achieve it.

Salmon Are Killed By More Than Just Fishing 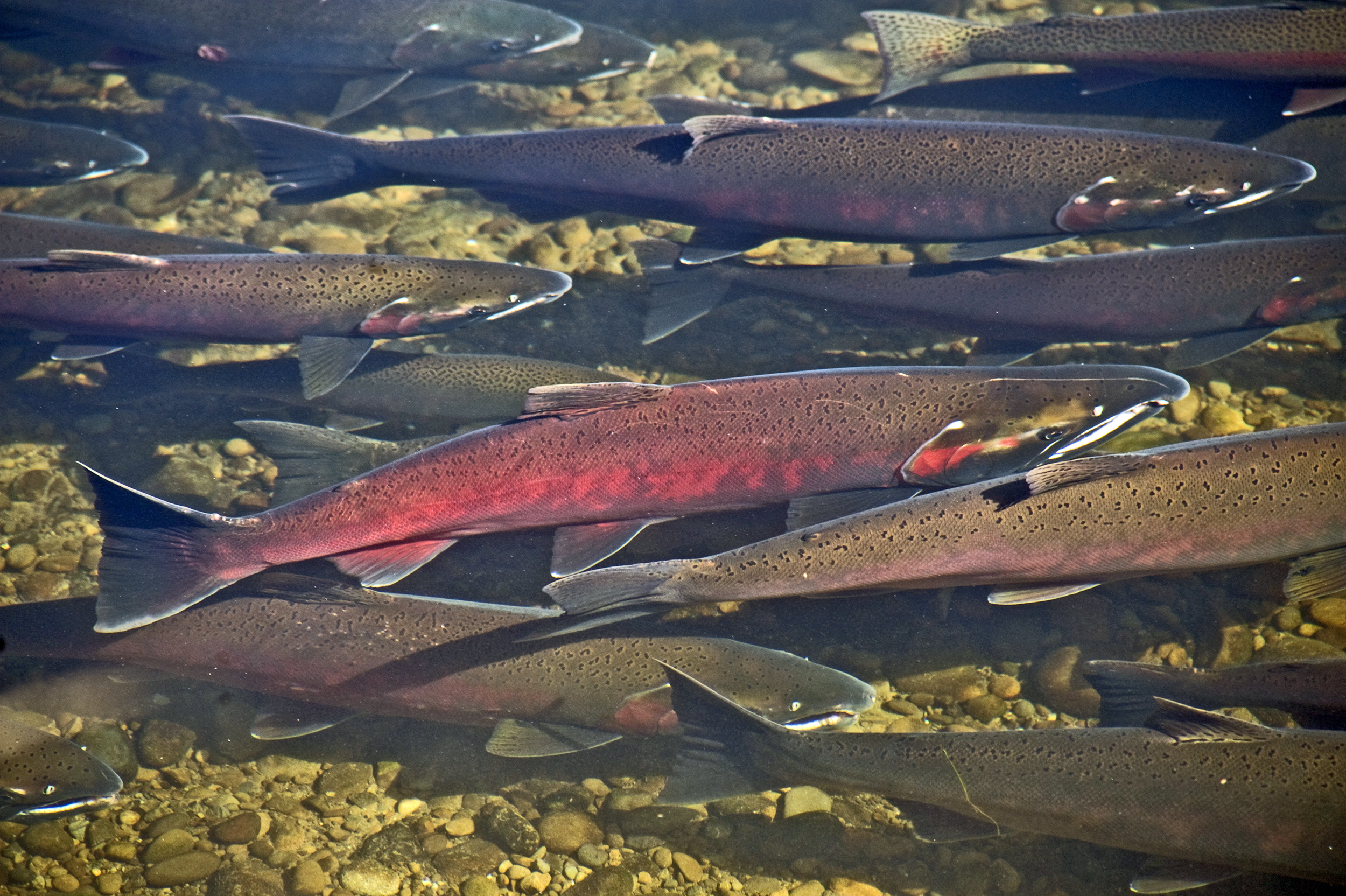