Being Frank: Co-Management Benefits Elk, Too

OLYMPIA (August 6, 2007) − The planned harvest this fall of 30 surplus bull elk from the Nooksack herd clearly shows how tribal and state co-management of the region’s natural resources is paying off in a big way.

While only a small, conservative hunt is planned, it’s cause for celebration. It will be the first time in decades that the herd is large enough to support harvest. The herd had dipped to about 300 elk in the mid-1990s and was in danger of disappearing altogether in large part because of lost and degraded habitat, cougar predation and other factors. Today the herd has more than doubled in size.

It wasn’t easy. For years tribal and state co-managers prohibited hunting on the herd. This was especially hard on tribal communities. Elk are important to all of us. The meat is a great source of protein, and it helps stretch tight food budgets for tribal members in areas with high unemployment. Elk are also central to tribal ceremonies and events, and for use in traditional tribal regalia.

The hunting prohibition was followed by a joint tribal/state effort to bolster the Nooksack herd by supplementing it with elk from the Mount St. Helens area. The area around the blown volcano could not provide enough food for the local herd, which led to large numbers of elk deaths each winter. About 50 female elk, many of them pregnant were rounded up from the flanks of the mountain and relocated to the Nooksack herd. Transferred animals were radio collared to determine survival rates and track movements of the transplanted elk.

Sharing the work, the data and the expense of the effort to bolster the Nooksack herd has now led to shared harvest, and that’s how it should work.

Actually, Northwest tribes have advocated the principles of co-management for more than 200 years, even when the floods of non-Indian settlement first began to spread across our land. Seeking ways to work with our neighbors has been a strong tradition among our people, and working collaboratively with other governments actually defined the treaties we entered into with the federal government in the 1850’s.

Those treaties reserved our rights to fish, gather our medicines and wild plants, and to hunt. They also reserved our right to manage natural resources, including elk, in a way that would meet our needs and help sustain those resources for future generations.

It’s important to understand that all tribal hunts are based on good science and are strictly regulated by tribal governments. In fact, our ratio of enforcement officers to hunters well surpasses that of non-tribal hunters. And believe me, the last thing any of our hunters want is to be cited into tribal court, where they could be fined or have their hunting permit revoked.

Co-management works when it is based on real respect and cooperation. The path ahead in elk management is clearly one that Indians and non-Indians must travel together. 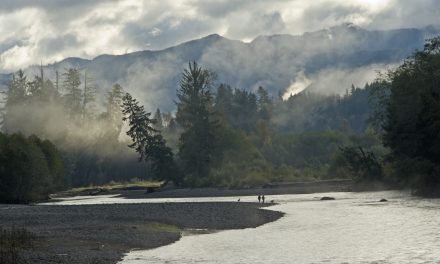 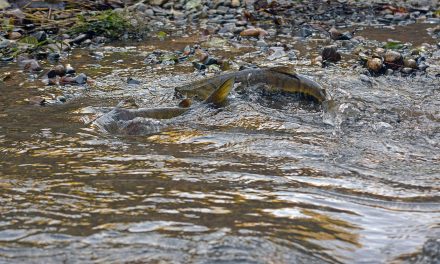