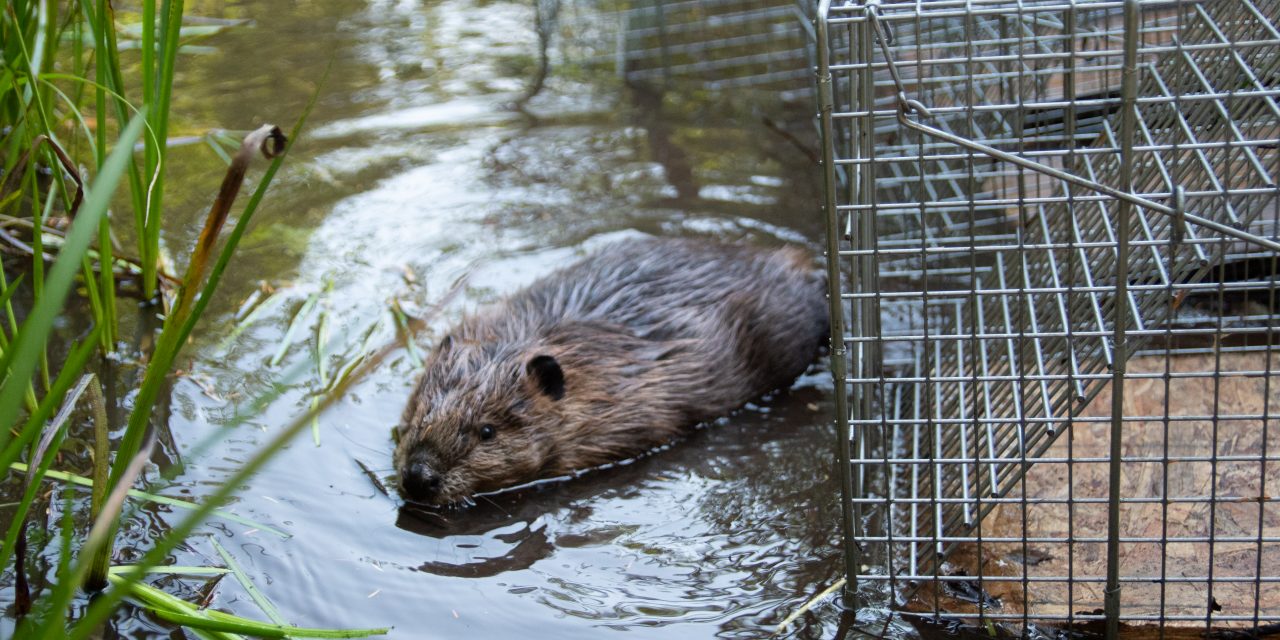 Tulalip wildlife staff and volunteers from Beavers Northwest lined up five cages in a Skykomish mountain stream in September, counting down to a synchronous opening of the gates.

From the cages, six beavers – a breeding pair, three kits and a subadult – took a moment to get their bearings, then scurried off in all directions, including one that took a wrong turn onto the streambank. The last beaver waddled around the cages before swimming over the wading boots of its captors and making its way to freedom.

The beavers were the latest participants in Tulalip’s program to relocate beavers from places where they interfere with human activity to watersheds where their industriousness can be appreciated.

In the well-populated lowlands, beaver dams cause expensive flooding on private property. In the mountains, on the other hand, beaver activity has the potential to increase the habitat’s resilience to climate change, according to a 2019 doctoral dissertation by Ben Dittbrenner at the University of Washington.

Dittbrenner, the co-founder of Beavers Northwest, partnered with the Tulalip Tribes in 2014 to develop the relocation program. His research found that beaver activity can lower water temperatures and increase summer water availability by up to 20 percent in some Pacific Northwest watersheds where salmon survival is threatened by the effects of climate change. 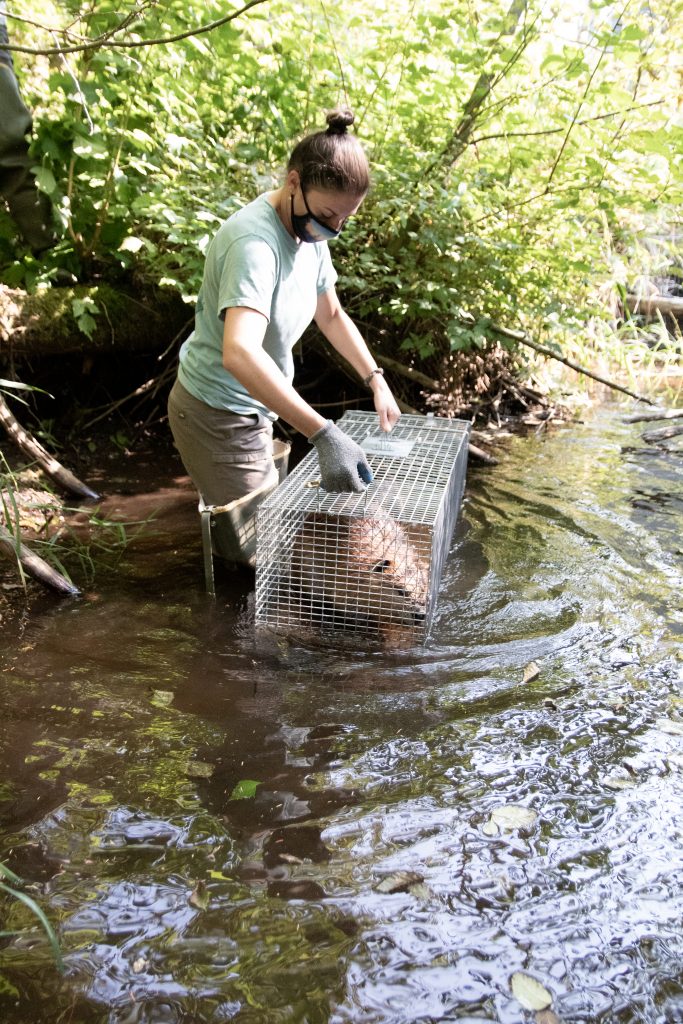 Tulalip wildlife biologist Molly Alves takes a beaver to its new home in the Skykomish watershed.

Despite the water storage possibilities, wildlife biologists make every effort to allow the animals to remain in familiar territory.

“We don’t want to relocate beavers just because they can benefit habitat, even when they’re considered nuisance animals,” Alves said. “It’s our last resort. The first thing we do is an assessment to make sure it’s really the beavers that are causing the problem.”

The next step is to try to find a solution, such as installing devices that prevent beaver activity from flooding property. In the past, when all else failed, the only option was lethal removal.

“We get a lot of calls about problem beaver, but now people are willing to wait a few months until we’re able to relocate them, instead of just wanting them killed,” Alves said.

Tulalip’s wildlife department has relocated more than 200 beavers since the program began. At the time, only tribal entities could legally relocate the animals west of the Cascade Mountains. The law was changed in 2017, and now the state Department of Fish and Wildlife is running its own pilot project that issues relocation permits to selected volunteers.

A week after the six beavers were released in the Skykomish watershed, Tulalip Chairwoman Teri Gobin signed an agreement with the Mount Baker-Snoqualmie National Forest to expand the tribes’ program to the Stillaguamish watershed.

“Tulalip has been working collaboratively with the Mount Baker-Snoqualmie National Forest to steward our ancestral lands for quite a few years,” Gobin said. “The beaver reintroduction effort is our first project under the Tribal Forest Protection Act.”

In addition to expanding their range to include the Snoqualmie and Stillaguamish watersheds, Tulalip has worked with the Cowlitz Tribe and South Sound Beaver Recovery, which is coordinating with the Puyallup Tribe, to set up beaver relocation programs in other regions.

A beaver finds its way after being relocated in the Skykomish watershed. Photo: K. Neumeyer

More education is a key to protecting Oakland Bay