After careful consideration of all the information available to him, Seattle District Commander Col. John Buck has determined the potential impacts to the Lummi Nation’s usual and accustomed (U&A) fishing rights from the proposed Gateway Pacific Terminal are greater than de minimis.

Because the district has determined the effects to the Lummi’s rights are more than de minimis and because the Lummi maintain their objections to this proposal, the project cannot be permitted by the Corps.

This is a historic victory for treaty rights and the constitution. It is a historic victory for the Lummi Nation and our entire region. We are pleased to see that the Corps has honored the treaty and the constitution by providing a decision that recognizes the terminal’s impacts to our fishing rights. This decision is a win for the treaty and protects our sacred site. Our ancient ones at Xwe’chieXen, Cherry Point, will rest protected.
Because of this decision, the water we rely on to feed our families, for our ceremonies and for commercial purposes remains protected. But this is more than a victory for our people; it’s a victory for treaty rights.
Treaty rights shape our region and nation. As tribes across the United States face pressures from development and resource extraction, we’ll continue to see tribes lead the fight to defend their treaty rights and protect and manage their lands and waters for future generations.
The impact of a coal terminal on our treaty fishing rights would be severe, irreparable and impossible to mitigate.
Today’s victory is monumental and the Corps followed a fair process defined by law to make the right decision. The Corps has honored the treaty between Lummi and the United States.
We will always fight to protect Xwe’chieXen.

Other tribal leaders supported the decision as well.

The Corps of Engineers made the right decision today. We have lived along these rivers and shores for millennia. Just as it is the Corps’ duty to uphold our treaty rights, so it is our duty to fight for and protect these waters for future generations.

The Corps’ decision is a victory for the Yakama Nation and all other treaty tribes. The proposed terminal could have destroyed the way of life for the Lummi and all indigenous people who depend on the Salish Sea for their livelihood and culture. The increased shipment of coal that this terminal would have triggered was a direct and dire threat to the Yakama Nation, our lands and waters, and our people. By denying the permit, the Corps upheld its duty to the tribes to protect treaty rights. The fight, however, is not over. The threat of the coal movement remains, and the Yakama Nation will not abide these threats. We will not negotiate or accept mitigation for destruction or infringements upon the rights our ancestors secured for us and our people.

As a Washington tribe whose way of life is being threatened by the development and expansion of three oil terminals, the Quinault Indian Nation rejoices today with our Lummi brothers and sisters. The danger that the terminal posed to the culture, lifestyle and economy of the Coast Salish people was unacceptable, and we’re pleased the Corps did its duty to uphold Lummi’s treaty rights.

Today, the Army Corps of Engineers honored the treaty signed by Lummi elders more than a century ago to protect their people and their way of life. Today, we unite with Lummi to celebrate this momentous news.

Our ancestors sacrificed so much to protect these waters and our way of life. Thanks to them, the treaty reserved our rights to harvest fish and shellfish and draw from the abundance of the sea. The Tulalip Tribes applauds the Army Corps of Engineers for its decision to deny the permit for the Gateway Pacific Terminal and protect treaty rights.

This has been a long journey and the Nooksack Indian Tribe is happy to be able to share in the joy and success of the Lummi Nation. A coal terminal at Cherry Point would violate treaty rights, and today the Corps affirmed that position and protected the Salish Sea for generations to come.

Washington tribes have fought long and hard to protect our natural resources—for our people and for all people. By denying the permit, the Corps’ recognizes the potentially disastrous consequences of a coal terminal on the health of the Salish Sea and our tribal economies. 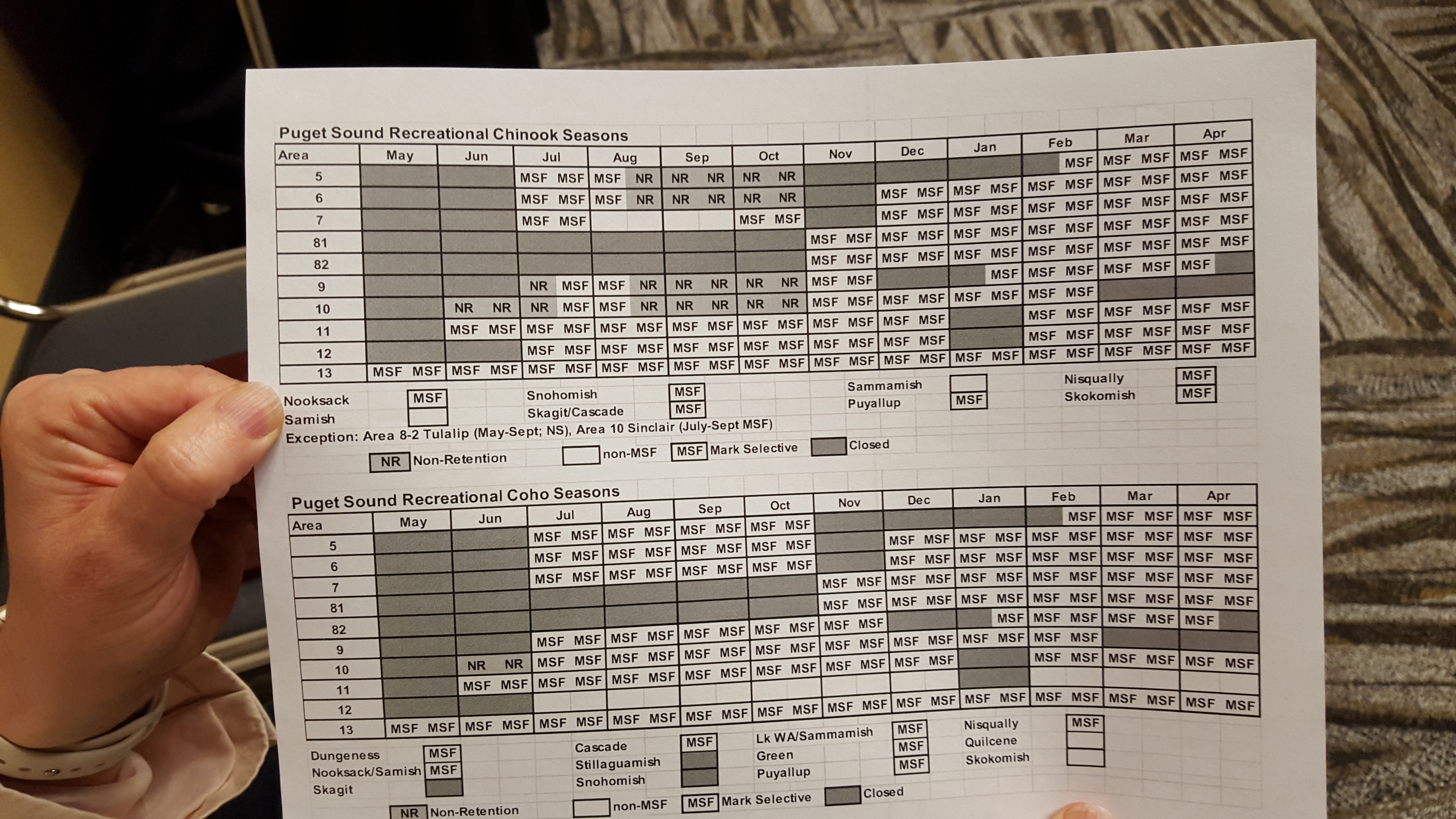 Rain/Wind Probable Cause for Large Fish Kill in Gorst