The Arlington Times covered the Stillaguamish Tribe’s Festival of the Salmon:

Stillaguamish Tribe Chair Sandy Klineberger explained that she and the Tribal Council saw the 20th annual Festival and pow wow as an opportunity to refocus on “the traditional culture that’s been missing from the Tribe for the past 30 years,” which the Tribe also did recently by performing its first salmon ceremony in more than 150 years, by Klineberger’s estimate.

“The Festival is a reflection of the Tribe and who we are,” said Klineberger, who cited its tents on both cultural and natural resources. “We have to get our children involved in carving, basket-weaving, gathering of native plants and learning our language.”

To that end, this year’s Festival included a greater focus on its pow wow, which Klineberger sees as a cultural benefit to other tribes and the surrounding community.

“It’s much bigger than it’s been in years past, with many more dancers,” Klineberger said. “We want it to feel welcoming to everyone, and not just the tribes. We’ve had people come and say, ‘Oh, I didn’t go over to the pow wow, because I thought that was just for native peoples,’ but that’s how we show part of who we are. You’re don’t have to dress in regalia to be part of it. It’s a religious ceremony, like being in church, and when you hear that drumbeat, it’s like a heartbeat, celebrating our ancestors and their history.”

Federal Update for May 2008 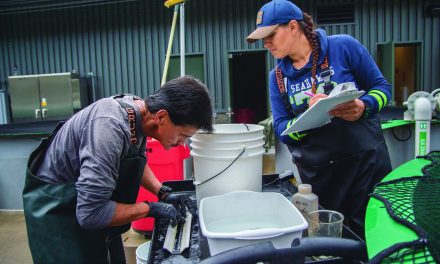