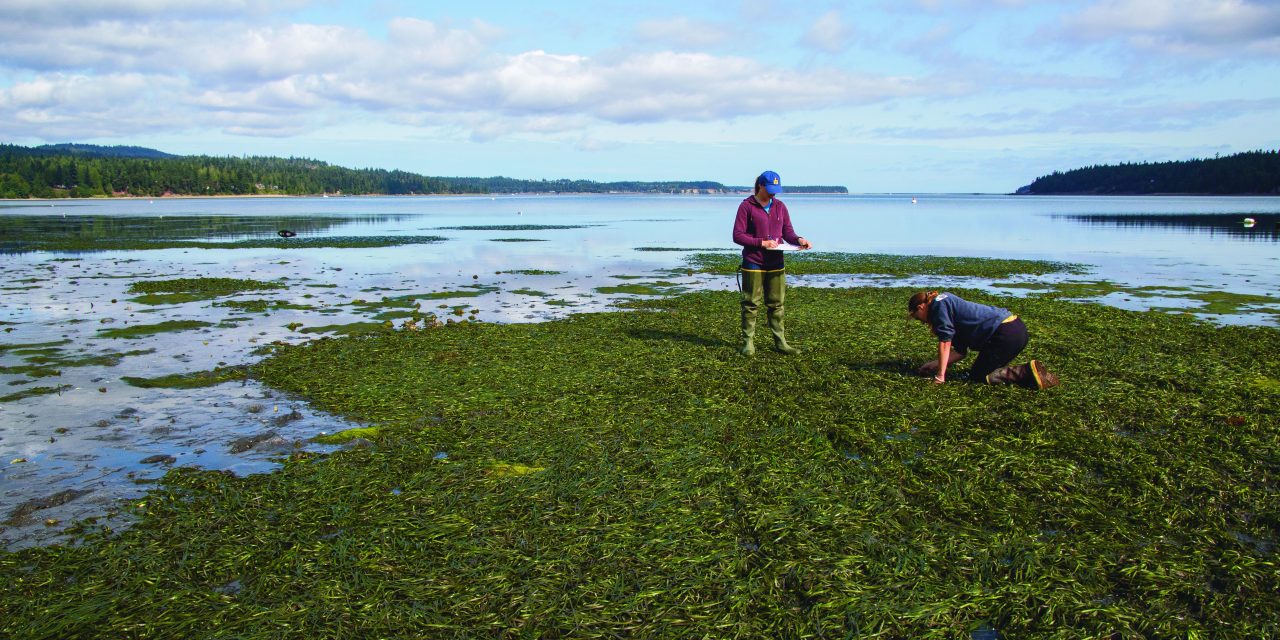 The Jamestown S’Klallam Tribe wants to know how ocean acidification might be affecting shellfish in Sequim Bay.

Ocean acidification (OA), the decrease of the ocean’s pH level caused by the absorption of carbon dioxide from the atmosphere, can change marine water chemistry, affecting shellfish survival and growth at the microscopic larvae stage when they are the most sensitive.

Longer term effects of OA can reduce shell and body growth, and impact the resource as a whole, impeding the tribe’s ability to harvest.

On the Sequim Bay tidelands, the tribe manages more than 60 acres of shellfish cultivation for commercial, subsistence and restoration purposes, including geoduck, littleneck and manila clams, and Pacific and Olympia oysters.

“The tribe depends on natural and farmed shellfish to provide economic opportunities and maintain cultural harvest practices,” Tobin said. “The threat of ocean acidification in Puget Sound has the potential to greatly affect the availability and sustainability of tribal shellfish resources.”

The tribe is participating in the Washington Department of Natural Resources’ Acidification Nearshore Monitoring Network (ANeMoNe) – a network of sensors installed in several nearshore environments in Puget Sound and on the coast. The sensors measure changes in marine chemistry at different locations and can be used to evaluate potential impacts on marine organisms.

The work includes studying oyster spat (seed) population and growth, and how the local marine chemistry, including pH, is influenced by the presence of eelgrass beds.

“Taking part in the ANeMoNe network allows us to gather important baseline data on Sequim Bay seawater chemistry, such as time series data that would allow us to detect trends or events in declining pH,” Tobin said.

“There is evidence of increased seasonal declines in seawater pH on the outer coast,” she said. “Such corrosive waters have been detected on the coast but we don’t have a strong handle if similar events are occurring in nearshore environments of Puget Sound.”