An Update on the Salmon Season Setting Process 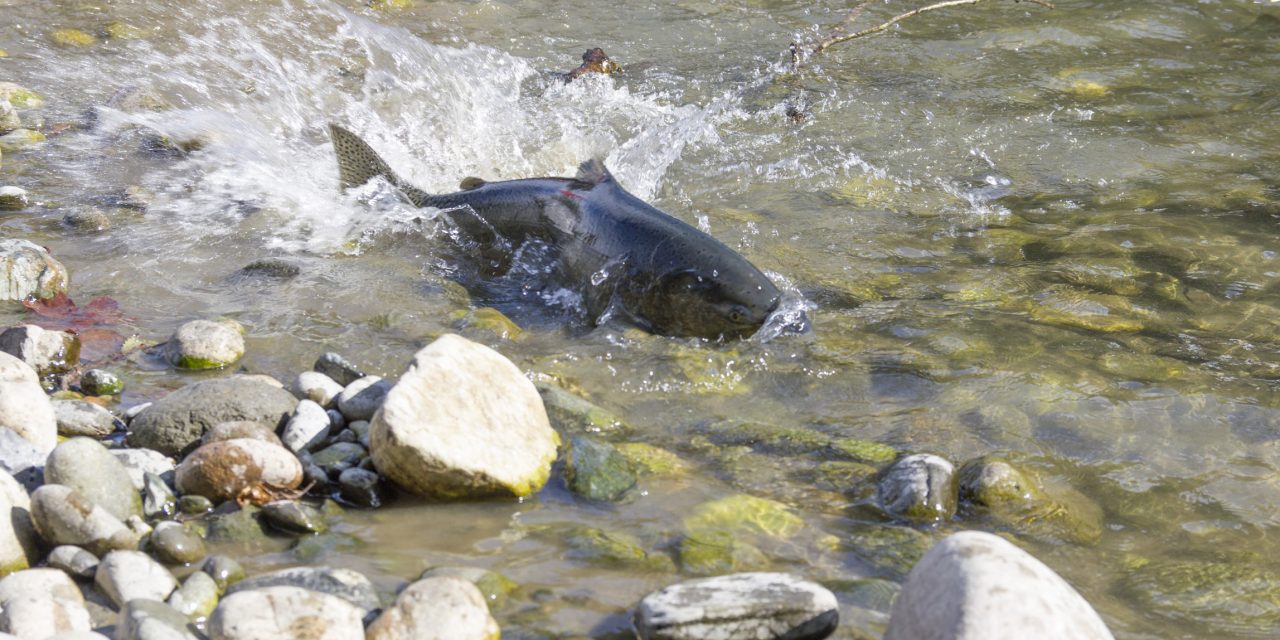 “State and treaty tribal salmon co-managers are in the middle of one of the most difficult season-setting processes we have ever faced. Salmon survival rates are declining because of the ongoing loss of freshwater salmon habitat combined with ocean heat waves from climate change,” said Lorraine Loomis, chair of the Northwest Indian Fisheries Commission.

For the past two months, the co-managers have been meeting through the North of Falcon process to make painful decisions aimed at providing limited harvest for fishermen and fishing communities while still protecting weak salmon stocks, Loomis said.

The three stocks driving conservation concerns are Queets and Snohomish river coho and Stillaguamish River chinook. The two coho stocks are failing to respond to rebuilding efforts that began in 2017. Stillaguamish chinook continue to decline mostly because of poor freshwater habitat conditions. All three need even more protection this year than they did last year, when fishing seasons were highly restricted.

Coastal treaty troll tribes have taken the drastic step this year of proposing a zero option for ocean harvest of Queets River coho. Discussions are ongoing to develop marine and freshwater seasons that will allow some fishing opportunity while achieving the stock’s conservation objectives. Poor returns spurred the tribes to propose a zero option for all ocean coho fisheries for the first time in 2016.

Tulalip Tribes fisheries managers have structured fisheries for chinook, coho and pink salmon in Tulalip Bay to reduce impacts on both coho and chinook.

After harvesting only 21 of 30 ceremonial chinook allocated last year, the Stillaguamish Tribe already has reduced its ceremonial harvest for this year. The tribe may be forced to cut harvest even further depending on impacts from other fisheries along the salmon’s homeward migration route.

“Despite harvest cuts of 80-90 percent over the past four decades and careful use of hatcheries, salmon populations have continued to decline. That’s because the effects of lost and damaged habitat, compounded by climate change, are at the heart of the problem,” Loomis said.

“Salmon can’t wait while we work to address the root causes of climate change. We must immediately buffer its effects by tackling the nonstop loss and damage of freshwater and marine salmon habitats that provide resiliency.”

Every hour of each day, habitat destruction kills salmon, including populations listed under the federal Endangered Species Act. The habitat loss and degradation are being driven by development and pollution from an ongoing population explosion in western Washington that shows no signs of slowing.

Still, there have been encouraging developments in the past year, Loomis said.

The National Marine Fisheries Service (NMFS) took a big step in the right direction recently by holding habitat loss and damage more accountable for the harm done to salmon recovery.

In the past, overwater and nearshore construction and maintenance were thought to have few impacts to threatened or endangered species and were exempt from mitigation. We now know that docks, ramps and other structures can have widespread impacts to salmon by damaging and destroying rearing habitat, increasing predation of young salmon and harming prey species that salmon depend on for food. Property owners now will have to account for and pay for potential harm to chinook, orcas and their habitats that is caused by maintenance of existing structures.

On another front, Gov. Jay Inslee is following through on a bold move begun in 2019 to protect and restore riparian areas, noting that streamside habitat is critical to both our region’s salmon recovery efforts and climate change resilience. He has directed state natural resources agencies to develop a consistent approach for uniform, science-based riparian management and guidance to protect salmon and their habitat.

“Riparian habitat is among the most important for salmon. Shade from trees and other vegetation helps keep water temperatures low to aid salmon survival at all life stages. It is critical that it be included as part of fisheries management planning. We are full partners with the governor in this effort,” Loomis said.

“We must focus on what we can do, not what we can’t, when it comes to salmon recovery. “Confrontation and litigation are not the way forward. Choosing that path means salmon will lose and so will all of us who depend on them,” Loomis said.

“The tribal and state salmon co-managers can’t fix the habitat problem by ourselves. We need additional state and federal agencies, local governments, environmental groups, agriculture, industry and others to join us. That’s because fishery managers can’t make more fish. Only good habitat, hatcheries and working together can do that.”

Pavement is killing salmon in the Puyallup

Assessing The Condition Of Coastal Waters Focus Of Training