Allocation is not Conservation

Allocation is being confused with conservation as the states of Oregon and Washington move to restrict non-Indian commercial gillnet fisheries on the lower Columbia River.

The states’ plan to move gillnetters off the main stem and prioritize sport fishing by reallocating their wild chinook salmon harvest impacts to anglers. Of course the states can allocate their share of the salmon resource however they like, but true conservation doesn’t happen just by reallocating salmon harvest between commercial and sport fisheries.

The decline of salmon across our region has nothing to do with how we catch them, whether with a net or rod and reel. Salmon are in trouble because of lost and damaged habitat. The key to recovery is to restore and protect that habitat, combined with conservative harvest and careful use of hatcheries.
All types of fishing – including mark-selective sport fisheries targeting fin-clipped hatchery salmon – kill non-targeted fish . Harvest is managed on the basis of fishery impacts from all fishing methods, both sport and commercial. Reallocating these impacts from commercial to sport fisheries does nothing to rebuild the resource.

Allocation is not conservation. Conservation must come first. We need to focus on restoring salmon populations to abundance – mostly by restoring and protecting their habitat – instead of fighting battles over who gets to catch how many fish. Imagine if all of that time, energy and money was spent on true salmon conservation instead.

Whether sport or commercial, most fishermen are conservationists at heart. Neither group is more conservation-minded than the other, and neither wants to catch the last salmon.

The debate between sport and commercial fisheries allocation on the lower Columbia now appears to be headed to the courts, and that’s too bad, because this fight distracts us from the real work at hand – restoring salmon populations to abundant levels. In the end, these allocation battles are self-defeating because they undermine the broad-based cooperation that we need to recover salmon.

After decades of hard work, cooperative salmon restoration efforts in the Columbia basin have started to make a difference. Spring and fall chinook, sockeye and coho populations are growing. That kind of success doesn’t happen on its own. It comes from a shared willingness of many people to work together with common interest toward a shared goal of conserving, protecting and restoring salmon populations on the Columbia and throughout the Pacific Northwest.

Billy Frank Jr. is the chairman of the Northwest Indian Fisheries Commission. Note: A more comprehensive history of the Coastal Conservation Association is available at: go.nwifc.org/history 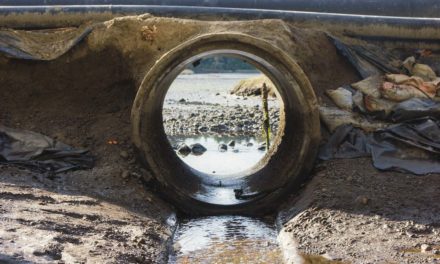